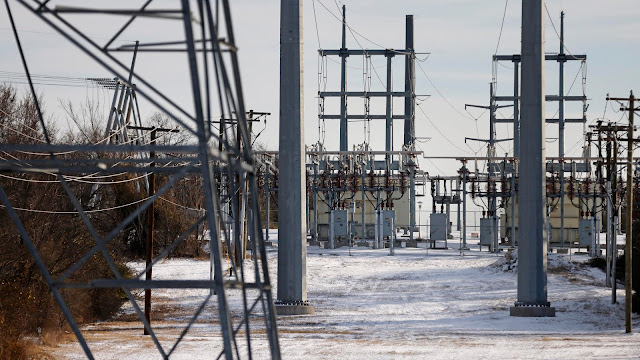 The CEO of the North American Electric Reliability Corporation (NERC) told Congress on Wednesday that evidence shows Texas “absolutely” did not follow recommendations by the organization and federal regulators in 2011 to winterize their equipment.
During a Wednesday House hearing on the failure of Texas’s electric grid during last month's winter storm, Rep. Diana DeGette (D-Colo.) asked NERC CEO James Robb whether Texas followed the organization’s recommendations.
“The inquiry will affirm this, but the evidence would suggest absolutely not,” Robb responded, referring to an ongoing probe that the group is conducting alongside the Federal Energy Regulatory Commission (FERC).
The winter storm in Texas led to days-long power outages and was linked to several deaths.
After blackouts following a cold snap in 2011, FERC and NERC put together a report that said that many power-generating companies had “failed to adequately prepare for winter.”
The report recommended that “all entities responsible for the reliability of the bulk power system in the Southwest prepare for the winter season with the same sense of urgency and priority as they prepare for the summer peak season.”
Later in Wednesday's hearing, Robb raised concerns about both the lack of legal changes and enforcement in Texas.
“The report that we put out in 2011 calls for very clear freeze protection on the generating plants,” he said. “What I understand Texas did was to put in place legislation that required weatherization but not to a specific level, and it was not an aggressively enforced standard.”
During the hearing, the CEO of the Electric Reliability Council of Texas (ERCOT), which manages the grid's power flow, testified that there were points during the blackouts when natural gas, wind, coal, solar and nuclear power each went down.
“We did see periods of time where each one of those ... tripped offline,” said Bill Magness.
He also said that ERCOT should have had better communication with the public.
“Those times when we saw how large this would be and began to understand how long it would last, the communications around that I think we certainly could have done better,” Magness said.
Houston Mayor Sylvester Turner (D) raised similar concerns about communication, saying that his city's residents were told that rolling blackouts would only last for an hour or two, instead of several days.
“We were told by our transmission distribution company to expect rolling blackouts anywhere from 1 hour to 2 hours maximum,” Turner said. “I was on the phone asking my transmission distribution company, what is the problem ... they were not prepared, and we were not forewarned.”
Texas