Pope cuts salaries for cardinals, clerics in move save other jobs 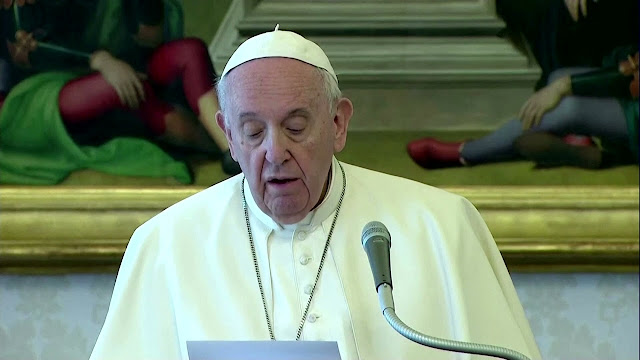 Pope Francis on Wednesday issued a decree calling for a 10 percent pay cut for cardinals and reduction of salaries for clerics in the Vatican in an effort to save the jobs of other employees.
The Vatican announced the order, saying that the cutbacks will begin on the first day of April and that lower-level employees will not see any effects on their pay, according to Reuters.
Clerics and other department heads will see a salary reduction between three and eight percent with pay raises suspended through March of 2023. Senior staff and other papal basilicas in the Vatican will also follow the same cutbacks, Reuters reported.
Cardinals working and living at the Vatican or in Rome reportedly receive salaries around 4,000-5,000 euros a month, which will be reduced in accordance with the Pope's order.
The Pope has reportedly mentioned on several occasions that he did not want to fire any employees, the outlet noted.
The Vatican's top economic official noted earlier this month that the Holy See, which is the administrative body of the Catholic Church, nearly 40 million euros in reserve finances may have to be used for the second straight year as a result of the coronavirus pandemic, Reuters reported.
Due to COVID-19, the Vatican has been forced to close the Vatican museums, which bring in a lot of its funding, for nearly 15 months. It is reportedly expecting a deficit of about $59.77 million this year.
World