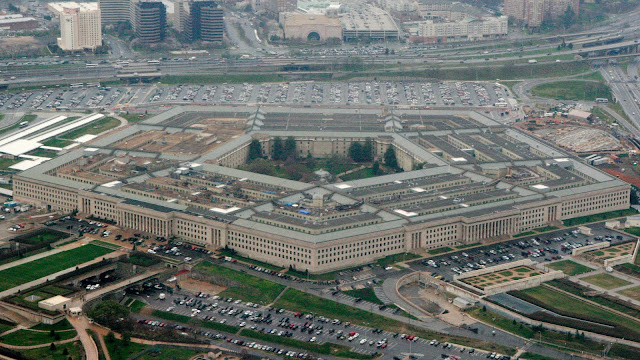 The Pentagon on Wednesday unveiled rules reversing Trump administration policies that largely barred transgender individuals from serving in the military, following through on an executive order President Biden signed shortly after taking office.
The new Defense Department policies, released on the International Transgender Day of Visibility, will allow transgender people who meet military standards to enlist and serve in their preferred gender. The regulations will also give wider access to health care and assistance with gender transition and aim to prevent discrimination against transgender military members, Pentagon press secretary John Kirby told reporters.
"Secretary of Defense [Lloyd Austin] strongly believes that the all-volunteer force thrives when it is composed of diverse Americans who can meet the high standards for military service, and an inclusive force that strengthens our national security posture," Kirby said.
The new rules, which will be effective in 30 days, follow a two-month review at the Pentagon in the wake of Biden's order, which “sets the policy that all Americans who are qualified to serve in the Armed Forces of the United States should be able to serve.”
The order revoked President Trump’s 2017 and 2018 orders banning transgender military service and immediately stopped the military from forcing out any service member on the basis of gender identity.
Prior to the Trump-era ban, transgender troops were covered by a 2016 Obama administration policy that allowed them to serve openly.
But in 2017, Trump blindsided Department of Defense (DOD) leadership when he tweeted he would reverse the open service policy and would “not accept or allow transgender individuals to serve in any capacity in the U.S. Military.”
The decision drew multiple lawsuits, but, in 2019, after the Supreme Court paved the way for the policy to take effect, the Pentagon issued rules that barred most transgender people from serving unless they did so in their biological sex.
The rules stipulated that transgender troops who were already in the military and or those who had signed an enlistment contract before the policy took effect could continue with hormone treatments and gender transition if they had been diagnosed with gender dysphoria.
But after that date, no one with gender dysphoria was allowed to enlist.
DOD moved forward with the restrictive rules despite the chiefs of the Army, Navy, Marines Corps and Air Force in 2018 saying in congressional testimony they had seen no problems with discipline, morale or unit cohesion resulting from transgender troops serving openly.
The new policies announced Wednesday are similar to those developed under Obama in 2016, according to the Pentagon.
About 2,200 service members have been medically diagnosed with gender dysphoria, but as many as 8,000 service members may self-identify as transgender.
DOD does not anticipate the changing policies will add much cost to the military’s annual health care budget, only several million dollars on top of the roughly $50 billion it spends annually.
National