Pentagon chief: Response to rocket attack in Iraq will be 'thoughtful' and 'appropriate' 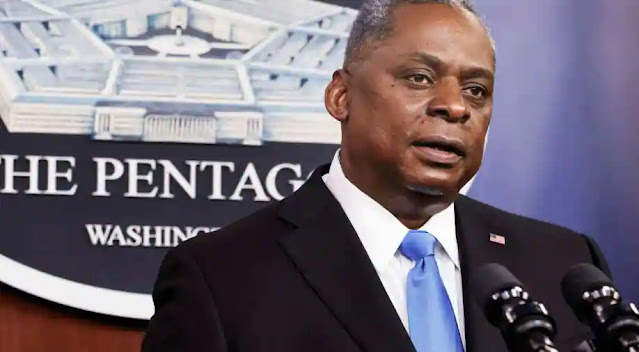 Defense Secretary Lloyd Austin said Sunday that the U.S. will deliver a “thoughtful” and “appropriate” response to the latest rocket attack on a base housing U.S. troops in Iraq.
“We're still developing the intelligence. We're encouraging the Iraqis to move as fast as they can to investigate the incident and they are doing that. But you can expect that we will always hold people accountable for their acts,” Austin said on ABC’s “This Week.”
“We want to make sure that again, we understand who’s responsible for this," he added. "The message to those who would carry out such an attack is you know expect us to do what’s necessary to defend ourselves.”
At least 10 rockets struck Al Asad air base in Iraq's Anbar province last Wednesday, with a U.S. contractor suffering a heart attack during the bombardment and later dying.
The U.S. has accused Iran of backing the attacks.
Asked by ABC’s Martha Raddatz whether the U.S. response would deliver a clear message to Iran, Austin responded: “I think Iran is fully capable of assessing the strike and our activities and they'll draw their own conclusions.”
“But what they should draw from this again is that we're going to defend our troops and our response will be thoughtful, it will be appropriate,” he added. “We would hope that they would choose to do the right things.”
Raddatz also asked how the Pentagon intended to address a declassified report identifying Saudi Crown Prince Jamal Khashoggi as ordering the murder of journalist Jamal Khashoggi.
“Our president has been clear that we'll have a different type of relationship with the Saudis going forward. And it doesn't mean that it won't be a good relationship, I fully expect that it will be a good relationship, but it will be a bit different,” Austin replied.
“I think just because you have a good strategic relationship with an ally or partner, it doesn't mean that you can't hold them accountable for various things,” he added.
World