Pain at the pump: Gas prices continue to rise 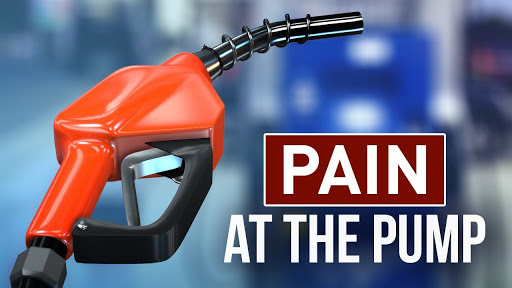 Among some of the earliest announcements coming out of the White House after Joe Biden’s inauguration was a promise to clamp down on drilling, particularly on federal lands and offshore. While this all has to be done in stages, the oil and gas industry is already reacting. And since markets rely on “futures” as much as they do current supply and demand levels, the effects can often precede the cause. This is being noticed all across the nation at this point.
Gas prices continue to climb across the U.S., with average prices jumping double digits in every state since Friday, AAA said Monday.
The group said the national average gas price is $2.77 per gallon, up 31 cents in the past month.
The increase comes as the price of oil jumped by more than $2 to $66 per barrel, the highest price in nearly two years. That increase came after the Organization of the Petroleum Exporting Countries and allied countries decided to minimally increase production next month.
There are actually a variety of factors driving this trend, but government policy both at home and abroad is always a factor.
Some of the other factors at work here include recent decisions by OPEC to not scale up its production levels as much as had been anticipated. The recent winter storm in Texas didn’t help matters either. While there is still plenty of domestic product available, refinery usage is currently near a record low, leading to smaller reserves of gasoline ready for shipment. Put all of these factors together and you wind up with an average price increase of more than thirty cents per gallon across the United States in the past month.
The industry is watching and trying to guess the Biden administration’s next moves. The White House has already announced that a full review of the federal government’s oil and gas leasing program is slated to begin on March 25. The results aren’t expected until early summer, but this quote from one of Biden’s people at the Department of the Interior already has industry executives wincing.
“The federal oil and gas program is not serving the American public well,” said Laura Daniel-Davis, principal deputy assistant secretary of land and minerals management. “This forum will help inform the Department’s near-term actions to restore balance on America’s lands and waters and to put our public lands’ energy programs on a more sound and sustainable conservation, fiscal and climate footing.”
For the time being, there haven’t been enough significant changes to impact production so a lot of the market’s reactions are based on futures. In fact, the American Petroleum Institute reported that U.S. crude supplies rose by 12.8 million barrels for the week ending March 5. At the same time, gasoline stockpiles were actually down by 8.5 million barrels due to the refinery usage issues I mentioned above.
But all of that could change if we start seeing significant reductions in federal leasing combined with bans on certain forms of drilling over the next six months. I think Americans became a bit spoiled over the past four years as America grew to be a global leader in domestic oil and gas production and gasoline prices were driven down, remaining at sustained lows not seen in decades. All of that can be turned on its head in less than a year with a significant shift in federal energy management policy. So if you’ve managed to get vaccinated by the middle of summer and decide to hit the road to celebrate and you find you’re suddenly paying four dollars per gallon, you’ll know who to thank. You can send a letter to him at 1600 Pennsylvania Avenue in Washington, D.C.
Opinion