'No more money for RINOS': Trump encouraging donations to his PAC 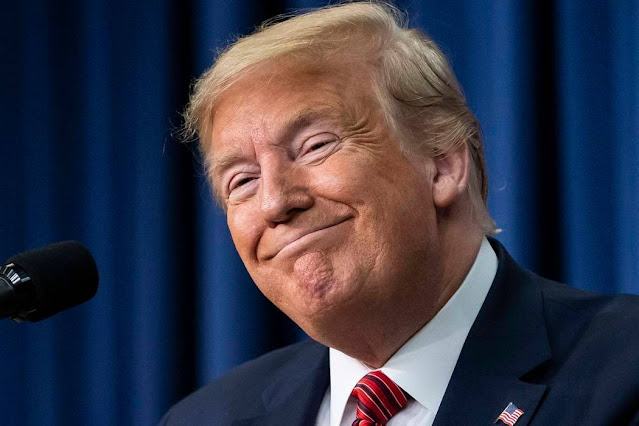 Former President Trump encouraged donors to give money to his Save America PAC instead of to Republicans he's dubbed RINOS in another departure from traditional GOP campaign operations.
“No more money for RINOS. They do nothing but hurt the Republican Party and our great voting base—they will never lead us to Greatness,” Trump said in a statement late Monday. “Send your donation to Save America PAC at DonaldJTrump.com,” the statement continued. “We will bring it all back stronger than ever before!”
The statement came days after Trump's lawyers sent a cease-and-desist letter to the Republican National Committee (RNC), the National Republican Senatorial Committee (NRSC) and the National Republican Congressional Committee (NRCC) to stop using his name and likeness for fundraising and merchandise sales.
The three groups represent the largest fundraising bodies for the GOP.
The RNC responded on Monday saying the fundraising arm has a right to use Trump’s name and likeness in their efforts.
RNC chief counsel Justin Riemer wrote in a letter that the party “has every right to refer to public figures as it engages in core, First Amendment-protected political speech, and it will continue to do so in pursuit of these common goals.”
The former president has also increased criticism of Republicans who voted to convict him of inciting an insurrection, promising to travel to Alaska to campaign against Sen. Lisa Murkowski (R) who voted to convict Trump in the Senate impeachment trial.
Last week, Trump blasted The Wall Street Journal for its editorial calling for Republicans to move on from the former president. The newspaper’s editorial highlighted the Republican Party’s electoral losses under Trump, including the House in 2018 and the Senate this year.
“They fight for RINOS that have so badly hurt the Republican Party,” he said in a statement. “That's where they are and that's where they will always be. Fortunately, nobody cares much about The Wall Street Journal editorial anymore. They have lost great credibility."
The breaks from GOP campaign operations by Trump's team come after he ruled out the possibility of starting his own political party during a speech at the Conservative Political Action Conference where he also teased a potential 2024 presidential run.
National