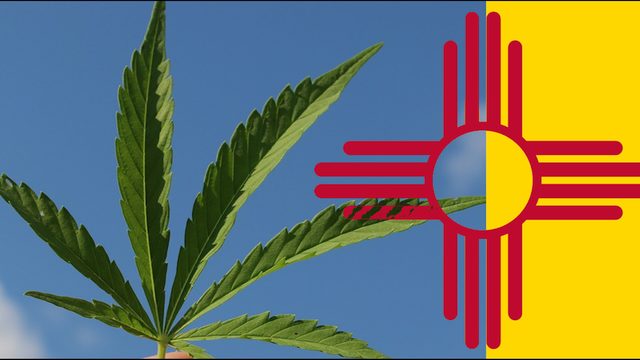 New Mexico legislators will meet in a special session Tuesday to debate legislation that would legalize marijuana for recreational purposes.
A similar measure sputtered in the final days of the regular session after passing the state House, but a bipartisan group of lawmakers has since hammered out a deal to create what they hope will be a major industry for a state with a perpetually high unemployment rate.
In a statement announcing the special session, Gov. Michelle Lujan Grisham (D) said she thought the bill would have passed in a normal year, one unencumbered by the challenges of a global pandemic.
“The unique circumstances of the session, with public health safeguards in place, in my view prevented the measures on my call [for a special session] from crossing the finish line,” Lujan Grisham said.
Legislators will also take up a measure expanding a local economic development program that also fell victim to the clock.
Debate this week is likely to center on social justice elements of the legalization measure, which would expunge past marijuana-related convictions and take steps to promote minority-owned cannabis businesses. Those provisions were part of what held up the bill in the state Senate, where Majority Leader Peter Wirth (D) declined to bring it to the floor in the regular session’s waning hours.
State Sen. Joseph Cervantes (D), who chairs the Senate Judiciary Committee, told the Southern New Mexico Journalism Collaborative he expects a legalization measure to be split into two different bills: one relating to taxing and regulating the industry, and the other including the social justice provisions.
The first measure is likely to start making progress through the state House, while the second will begin in the state Senate, state Rep. Micaela Lara Cadena (D) said.
Lujan Grisham’s office estimated that a legalized marijuana marketplace could create 11,000 jobs in New Mexico, adding employment and a new revenue stream to a state that is otherwise largely dependent on the oil and gas industry for its tax base.
New Mexico would be the 15th state in the country to legalize marijuana, and only the third after New Jersey and Vermont to legalize marijuana through the legislature rather than via a ballot measure. New York legislators are also working on a bill to legalize recreational marijuana, after legislative leaders and Gov. Andrew Cuomo (D) struck a deal last week.
Local