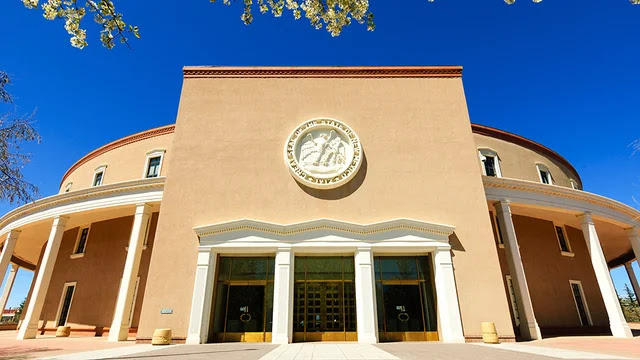 New Mexico’s legislature on Saturday approved a measure to create a bipartisan redistricting commission tasked with drawing up new political maps after each decade’s Census.
The bill will create a seven-member commission appointed by Democratic and Republican leaders of the state House and Senate, and the state Ethics Commission. Commissioners will hold at least six meetings around the state before drafting maps for the state’s congressional districts, legislative districts and the Public Education Commission.
The legislation passed the state House by a 64-2 margin after hitting a snag earlier this year, when House Speaker Brian Egolf (D) said an independent panel would cost Democrats seats in the legislature.
An independent redistricting panel “puts at tremendous peril all of the progressive causes that we care about,” he said during a virtual meeting in February with Retake Our Democracy, a group that backed the proposal.
“I cannot in good conscience turn over the process of drawing electoral boundaries to a party that is on record and committed to disenfranchising the people that voted for Joe Biden in highly contested states,” he told the Albuquerque Journal the following week.
The compromise that won Egolf over will make the independent panel substantially weaker than those in other states. Under the bill that passed, the proposed maps would be submitted to the legislature, which would then be able to make changes.
Democrats hold substantial majorities in both the state House and Senate, and they hold two of New Mexico’s three seats in Congress. Democrat Xochitl Torres-Small won the state’s most conservative seat, which covers the southern two-thirds of the state, but she lost re-election to Rep. Yvette Herrell (R) in 2020.
If Gov. Michelle Lujan Grisham (D) signs the measure, New Mexico will be the 15th state to rely on an independent commission for at least part of its decennial redistricting process. Most states in the West the Rust Belt give commissions some authority to draft maps, though their makeup and authority differs widely by state.
Local