NAACP calls on NFL to 'rethink its relationship with Fox' 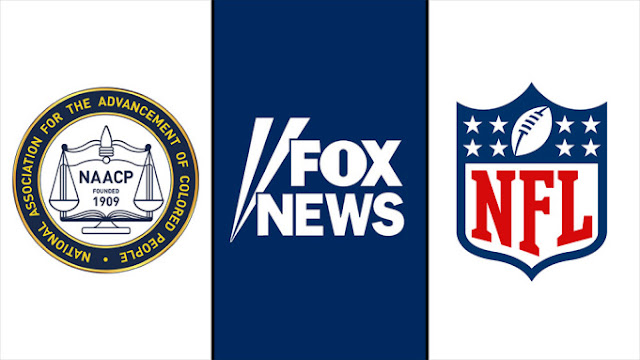 Derrick Johnson, president and CEO of the NAACP, on Thursday requested a meeting with NFL leadership and called on the sports league to “rethink its relationship with Fox” due to what he referred to as Fox News's history of promoting “bigotry and racism.”
“For several decades, the Fox Corporation, and more specifically, Fox News has represented the worst traditions of American broadcasting,” Johnson said in a statement provided to High Plains Pundit. “The media outlet has used its news division to sow bigotry and racism, create dissension, spread misinformation, and promote conspiracy theories that ultimately led to an insurrection against the U.S. Capitol. It is safe to say, the views and opinions of Fox News are often squarely positioned against the progression of our democracy and not in the general public’s best interest.”
Johnson accused Fox of exploiting its licensing deal with the NFL through “increasingly high cable subscriber fees” that he says go toward subsidizing its news division.
“However, this is just one aspect of its inaccurate, incendiary coverage of racial injustice. Network personalities routinely attack Black Lives Matter and downplay the existence of systemic racism and police brutality,” he added. “A league where nearly 70% of the players are Black and prides itself as America’s favorite sports pastime, should not be complicit in helping to increase the profits of Fox News.”
It was reported last month that the NFL is seeking a 100 percent increase in TV rights payments from its network partners, including Fox, CBS, NBC and Disney. Networks currently pay about $1 billion to air NFL games.
"The NFL should immediately rethink its relationship with Fox, given all that Fox has done to harm its players and the franchise. It’s disturbing that this renewal is even on the table," Johnson said.
The NFL aired its first game exclusively on streaming last year, drawing in a crowd of 4.8 million viewers across Amazon Prime, Twitch and NFL mobile apps.
National