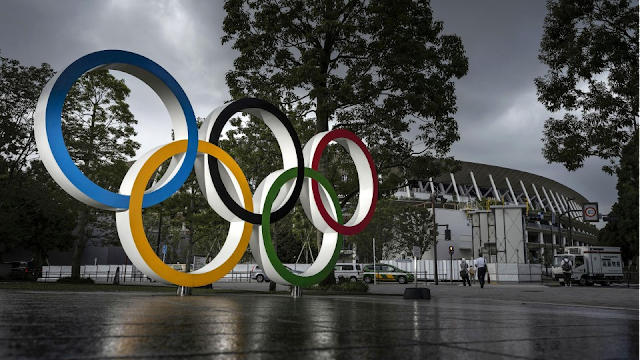 Japan will consider limiting fan attendance for the postponed Tokyo Olympic Games to 50 percent of a venue's capacity, a top newspaper reported on Sunday.
The Sankei newspaper, citing unidentified sources in government and Japan's Olympic committee, reported that a final decision on fan attendance will be made in April, according to Reuters.
Officials previously indicated that Japan would bar foreign spectators from attending the events in an effort to avoid the spread of COVID-19.
“In the current situation it is impossible to bring in foreign spectators,” one unidentified official said last week.
“The decision regarding allowing spectators from overseas to attend the Tokyo 2020 Games will be made by the end of March based on factors including the state of infections in Japan and other countries, possible epidemic-prevention measures, and expert scientific advice will be considered,” a separate official told the Kyodo news agency.
Organizers have already lost billions of dollars due to the postponement of the Tokyo Games, now scheduled to begin on July 23, and a full or partial ban on foreign or domestic spectators would result in greater losses.
Japan's government has struggled with plans to move forward with the Olympics since the Games were postponed last year amid the initial COVID-19 outbreak. The country has seen rates of new cases drop in recent weeks following a major surge over late December and January.
Health officials reported just over 1,300 new infections across the country on Saturday.
World