Jackson says allegations against him are 'complete garbage' 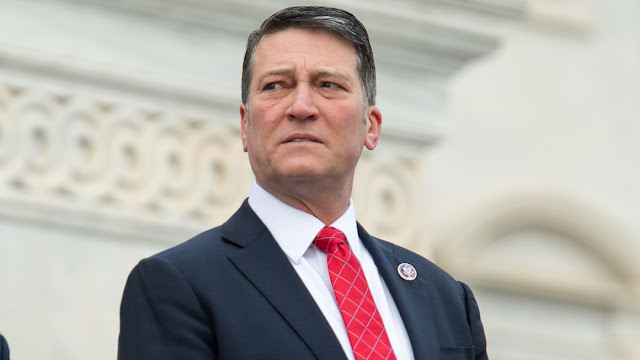 Rep. Ronny Jackson (R-Texas), who served as the White House doctor for 14 years under former presidents Trump and Obama, said allegations of abusing subordinates and drinking on the job are “complete garbage.”
“I worked for three administrations, three presidents, and it’s just complete garbage,” Jackson said on Newsmax show “Spicer & Co.”
“This is nothing more of an effort from the left to take me down," he added.
In a report released by the Pentagon’s inspector general, Jackson was accused of saying sexually inappropriate comments to female staff, abusing subordinates and being drunk while he was on the job.
Jackson claims that the Pentagon sat on the allegations for three years, and 24 hours after President Biden was sworn into the office, he was told that the investigation was finalized and the press would receive it.
He believes the allegations are from “disgruntled employees” and that the report was a “political hit job.”
Jackson said he had a “high standard” for his employees, but denies any allegations of abuse or making sexually inappropriate comments to his staff.
A woman in the report accused Jackson of coming to her room drunk and saying “I need you” during a 2014 trip.
“I never treated of my subordinates with disrespect. I have certainly never ever made any sexually inappropriate comments,” Jackson said.
He also denied ever being drunk on a trip while he was on duty.
“If any of this stuff were true, especially that type of stuff, I would have not been able to serve in the role that I was in and this would have come to light a long time ago,” Jackson said.
Jackson did receive good reviews from both former President Obama and former President Trump.
“I will not let it [the report] influence my attitude and my aggressiveness on the Hill,” Jackson said.
Local