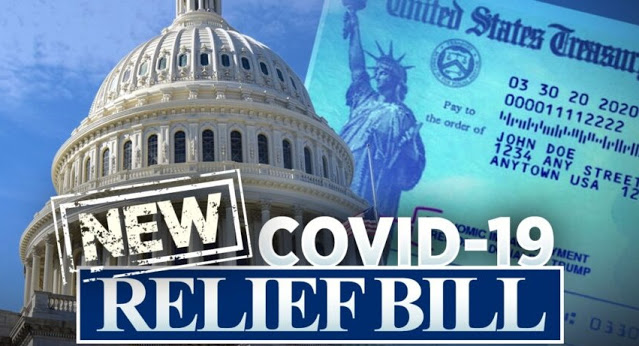 The House will vote on the Senate-amended $1.9 trillion coronavirus relief package on Tuesday, according to House Majority Leader Steny Hoyer (D-Md.).
Hoyer made the announcement on Saturday afternoon shortly after the Senate voted 50-49 along party lines to pass the mammoth relief bill.
The bill now has to go back to the House, where representatives will vote on the measure again before sending it to President Biden's desk for a signature.
“On Tuesday, the House will consider the Senate's amended version of the American Rescue Plan, so that we can send this bill to President Biden for his signature early next week,” Hoyer said in a statement.
“Democrats are delivering on our promise to take action to defeat this virus and provide the assistance the American people need until our economy can reopen safely and fully.”
Hoyer said the chamber will consider the rule for debating the bill on Monday night.
The Senate version of the bill includes another round of coronavirus stimulus checks, aid for local governments and help for small businesses.
However, it removed language that would have increased the minimum wage to $15 an hour. The change had to be made since the Senate parliamentarian ruled in late February that the language went against the upper chamber’s budget reconciliation rule.
The Senate version also lowers the cut-off for partial stimulus checks to $80,000 for individuals and $160,000 for couples. Individuals making up to $75,000 per year and couples making up to $150,000 would still receive full checks.
Democrats also spent much of Friday night negotiating a deal that would provide $300 unemployment benefits until Sept. 6.
While some of the changes angered progressives — particularly with relief checks — its still likely that the narrow Democratic-majority will pass the bill.
National