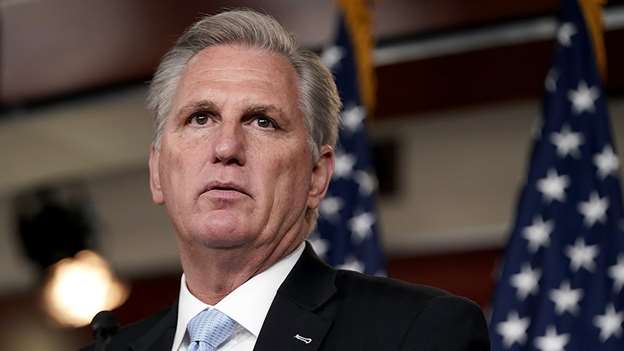 House Republicans passed a resolution during their conference meeting on Wednesday in support of restoring earmarks.
The House GOP's 102-84 vote comes as Democrats gear up to revive the practice, which allows members to secure federal funding for specific projects.
Republicans in the lower chamber stopped the practice in 2011, citing a number of controversies stemming from earmarks including the so-called Bridge to Nowhere and the Jack Abramoff scandal.
The effort to support their restoration with a number of reforms — including a requirement that they must be publicly disclosed with written justification and members can't have a financial interest — was led by Rep. Mike Rogers (R-Ala.).
Proponents argue that Congress handed too much power to the executive branch by eliminating earmarks, arguing they are needed to restore the power of the purse.
“I’m a yes. With the changes with transparency ... you have support in writing from local units of government. I think that's a fair approach,” said Rep. Fred Upton (R-Mich.).
Members of the conservative House Freedom Caucus were adamantly opposed to bringing earmarks back, alleging they are “legislative bribery” and a path to corruption.
“I think we've got $30 trillion in debt and people are tired of the swamp and the GOP should be ashamed of itself, if it jumps headfirst right back into the swamp,” Rep. Chip Roy (R-Texas), a caucus member, said.
National