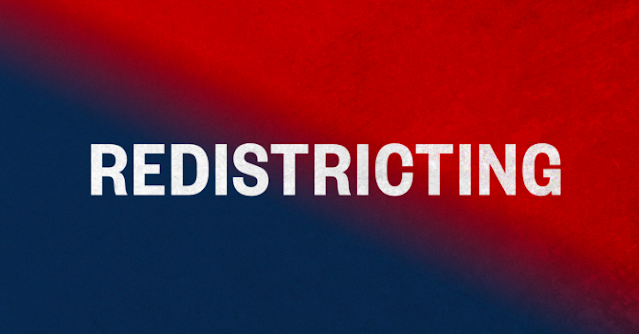 Going into the 87th Legislature, Texas lawmakers had two obligations that they were expected to deal with even if nothing else was accomplished — setting a budget and redistricting. But now there is certainty that redistricting will not take place before the end of the 140 days of the regular session.
The U.S. Census Bureau was statutorily required to deliver apportionment data to the president on December 31, 2020, but the agency blew past that deadline placing the blame for the delays on COVID-19.
Now the agency says that it expects to deliver the apportionment data to the White House on April 30, 2021, and will not deliver the redistricting data to states as late as September 30.
The Census Bureau also says that unlike in previous years, they will “deliver the data for all states at once, instead of on a flow basis.”
“Texas — because you all are in session — has historically received the redistricting file as one of the first deliveries, historically coming in February,” Lloyd Potter, the state demographer at the Texas Demographic Center, told the House Committee on Redistricting.
Potter told lawmakers that the apportionment data, which should be delivered before the end of session, would provide the statewide number needed to dictate the size of districts and the total congressional seat change, but the redrawing of districts will not be able to happen until the state receives the official redistricting data.
Leading the nation in population growth in the last decade, Texas is projected to gain three new congressional districts, bringing its total delegation to the U.S. House of Representatives to 39.
The Texas Demographic Center also estimates that the population size of state Senate districts will increase from 811,000 to 947,000-957,000, and state House districts will increase from 168,000 to 196,000-198,000.
Urban and suburban counties in the state’s metropolitan areas saw the most substantial growth, along with some notable population increases around the Permian Basin, while many rural counties saw a population decline — with the exception of Texas’ smallest county, Loving County.
Under the Texas constitution, the legislature is required to complete redistricting in “its first regular session after the publication of each United States decennial census.”
Since the legislature meets in its regular session when the census is published, it is usually expected that they are to complete the redistricting in that same session.
If they fail to pass new maps — or when state courts throw them out — then the redistricting falls to the Legislative Redistricting Board (LRB), made up of the lieutenant governor, speaker of the house, attorney general, comptroller, and land commissioner.
The governor could call a special legislative session for the purpose of redistricting, though Jeff Archer, the executive director of the Texas Legislative Council, told the House committee that there “are some differences of opinion” on whether the legislature has that authority.
Archer said that one reading of the state constitution could argue that the requirement for the legislature to redistrict in the first regular session after the census would “preclude” the legislature from conducting other redistricting.
“I doubt they could enjoin the legislature from acting,” said Archer. “Under most case law that’s considered premature. But they could potentially challenge a plan drawn by the legislature in a special session.”
In contrast, Archer noted that others would argue that, “the legislature has plenary power under Article 3, Section 1, and it’s the entity that fixes the law in all fields including redistricting.”
Additionally, Archer noted that the legislature has exercised its redistricting authority in previous special sessions and regular sessions outside of the one immediately following the census.
“So whether the legislature has that authority or not is not absolutely definitive, and there are some people who are arguing that they don’t have that authority until next regular session,” said Archer.
With the next regular session coming after the 2022 elections — when all of the LRB positions and the governor will be on the ballot — the issue about delaying redistricting until then has the potential of becoming a highly politicized debate.
Texas