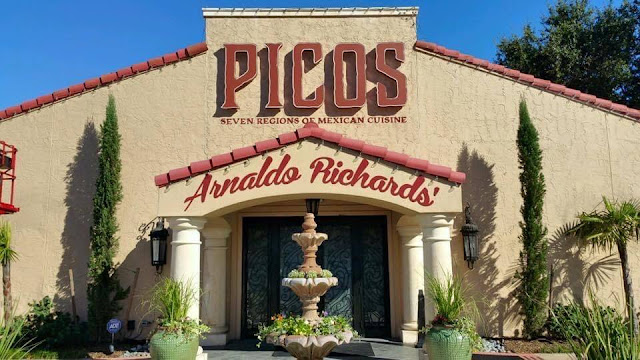 Patrons at a Mexican restaurant in Texas threatened to call Immigration and Customs Enforcement (ICE) on employees over their refusal to work maskless, according to the establishment's owner.
“This has been ongoing through COVID,” Steven O’Sullivan, an owner of Cantina Barba in Houston, told The Washington Post.
“We’ve had threats of calling ICE," O’Sullivan said. "I had one guy just stand there and berate one of my bartenders and tell her, ‘You’re an absolute idiot, you don’t know what you’re doing. If you think these masks are going to save your life, you’re stupid,’ blah, blah, blah. Nobody wants to deal with that stuff.”
Texas Gov. Greg Abbott (R) announced last week he wound rescind the state's mask mandate and allow businesses to operate at 100 percent capacity.
"We are still strongly advocating that every Texan follow the best practice," Abbot said. "Where we are today is completely different from where we were this time last year when Texans and Americans didn’t know how to deal with this. For an entire year, Texans have learned the best practice, and that is to wear a mask, and we still strongly recommend that people do wear a mask."
The Post chronicled a number of businesses in Texas whose owners say they will require anyone at their establishments to wear face coverings out of safety for their employees and customers.
Monica Richards, a co-owner of Picos Mexican restaurant, said she and her staff have received harassing messages on social media and at the store via phone.
“It was just horrific,” Richards told the Post. “People don’t understand unless you’re in our business what it felt like, how hard it was to go through everything we went through during COVID. For people to be negative toward us for trying to remain safe, so that this doesn’t continue to happen, just makes zero sense to us.”
Several other Texas businesses say they will still require masks despite Abbott's order.
Federal health officials have blasted Abbott's decision on mask mandates and similar moves by governors in states such as Mississippi.
“I understand the need to want to get back to normality, but you’re only going to set yourself back if you just completely push aside the public health guidelines — particularly when we’re dealing with anywhere from [55,000] to 70,000 infections per day in the United States,” Anthony Fauci said this week.
Texas