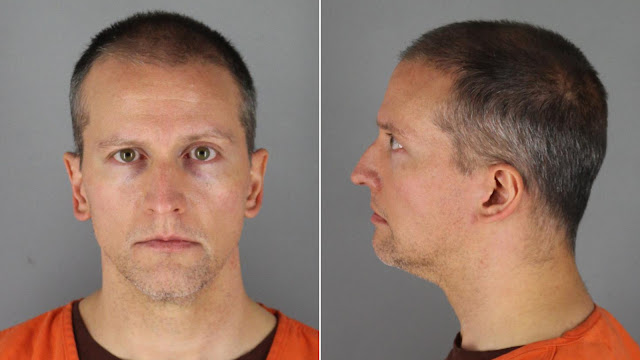 It is not exactly suspended animation, but jury selection in former police officer Derek Chauvin’s murder trial is moving forward tentatively, with the parties and the trial judge aware that it could be shut down at any moment.
Through the close of the court session on Tuesday, three prospective jurors had been qualified. That is a good pace, particularly considering that Judge Peter Cahill of the Hennepin County District Court has scheduled opening statements to occur no earlier than Monday, March 29 — nearly three weeks from now. In jury selection, the court oversees the qualification of enough jurors so that a dozen can be empaneled, along with at least a couple of alternates, after each side has exercised its peremptory challenges.
This is less burdensome in Minnesota than in federal criminal trials. Federal jury-selection procedure permits 16 peremptory challenges (ten for the defense, six for the prosecutor). Minnesota permits only half that — five for the defense and three for the prosecutor. Judge Cahill is planning to have two alternates. So, to get down to 14 (twelve jurors and two alternates), only 22 jurors need to be qualified (i.e., assuming all eight peremptory challenges are exercised, that would whittle it down to 14).
Judge Cahill is advising prospective jurors that the trial will take about four weeks. Even though that’s not very long, I would be concerned about going with only two alternates (the usual number in federal court) in a case with the intense publicity this one is getting, and with concerns about shielding the jurors’ identities. (Mainly because of the unseemly but enormous pressure to convict Chauvin of murder, a juror whose identity becomes known during the trial is almost certainly going to be excused; and already, concerns are being raised about whether the ongoing examination reveals so much information that it would not be difficult to identify the jurors selected.) Minnesota’s criminal rule 26.02 (in subd. 9, the relevant clause) does not state a limit on the number of alternates. I don’t know if judges in Hennepin County follow some unwritten practice, but I would keep at least four alternates, and perhaps six if that is permissible.
After the evidence and lawyers’ closing arguments are done, and the judge finally instructs the jury on the law, any remaining alternates are dismissed right before the twelve jurors retire to deliberate. I’ve always thought dismissing the alternates at that point, rather than keeping them during deliberations (even though they can’t participate in those discussions), is a bad practice. While suddenly introducing an alternate into deliberations that have been going on for hours or days is not an ideal solution, it would be better than the almost certain mistrial that will happen if one or more of the twelve jurors have to be excused after deliberations begin. In Minnesota, a defendant must agree to have a verdict rendered by less than twelve; since a jury must be unanimous to convict, it is rarely in a defendant’s interest to agree.
Finally, although it is often unfair to be critical when one doesn’t know what’s going on behind the scenes, it seems truly irresponsible of Minnesota’s superior courts to allow such an important case — involving the death of George Floyd in police custody, which rocked the nation — to be enveloped in uncertainty.
It makes practical sense for Judge Cahill to proceed with jury selection as long as the parties are not objecting. But the court and the parties need guidance on the validity of the third-degree depraved-indifference murder charge, which would be central to the trial if it is applicable. It is virtually certain that the state’s supreme court will have to resolve this question. Plus, the Court of Appeals has known for two days that the trial court and the parties are waiting for guidance on whether it is permissible to proceed with the trial.
The appellate court may say, with some justification, that this is a problem of Judge Cahill’s making because he should have reinstated the third-degree charge based on the divided panel’s decision in the Noor case (see my discussion, here). But that ship has sailed: Chauvin’s counsel has asked the Minnesota supreme court to resolve the depraved-indifference homicide issue. Everyone knows that has to happen, and that it creates doubt about whether Judge Cahill should be proceeding with jury selection.
The Minnesota Supreme Court should promptly announce whether it will consider the depraved indifference issue on an expedited basis, and either the supreme court or the appellate court should tell Judge Cahill whether it is permissible to proceed with jury selection in the interim.
Opinion