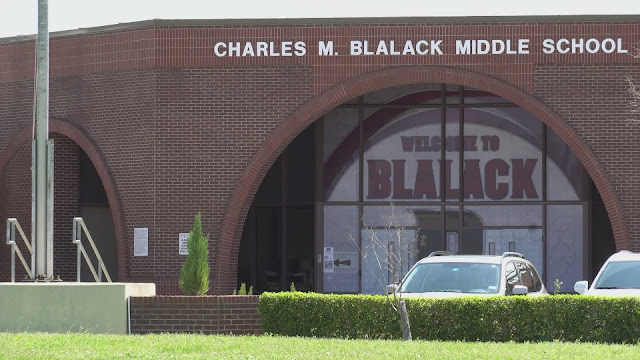 A Texas school district announced on Wednesday that three of its teachers have been placed on administrative leave pending an investigation after officials said they used “derogatory” language about Asian Americans on a test.
While the school district, Carrollton-Farmers Branch ISD, did not disclose in the statement at which school the teachers taught, the school said the “hurtful” language was used in the secondary social studies test.
Local station WFAA obtained a screenshot of some of the questions, one of which was multiple choice and asked students, “Which one of these Chinese NORMS is TRUE?”
“A. It is normal in China to cut off someone’s lips if they burp in a restaurant,” the first choice read. “B. It is normal in parts of China to give children fifty lashes by a cane if they steal a piece of candy.”
“C. It is normal in parts of China to eat cats and dogs,” the last option read.
In its statement confirming the teachers had been placed on leave on Wednesday, the school district denounced actions or language “disrespecting any people group” and said such behavior is “not acceptable and [does] not represent our core belief system.”
The district said it only “recently” learned of the situation and called the language used on the test “derogatory and hurtful.”
It also said that it has recently launched a diversity training initiative for its staff.
“The district will enhance these training opportunities in an effort to create a more inclusive and respectful environment,” it added.
The incident comes as lawmakers across the country have raised concerns over a surge in anti-Asian attacks seen in the nation in the past year in the wake of a shooting spree in Atlanta that left eight people dead, six of whom were Asian women, earlier this month.
Stop AAPI Hate, a center that tracks such incidents against Asian Americans and Pacific Islanders, said in a report released this month that it has received nearly 3,800 firsthand accounts of anti-Asian hate since around the time the pandemic began to take hold in the U.S. last year.
A survey released by the Anti-Defamation League (ADL) also found that Asian Americans experienced the biggest rise in severe online hate and harassment in the past year in comparison to other groups.
Texas