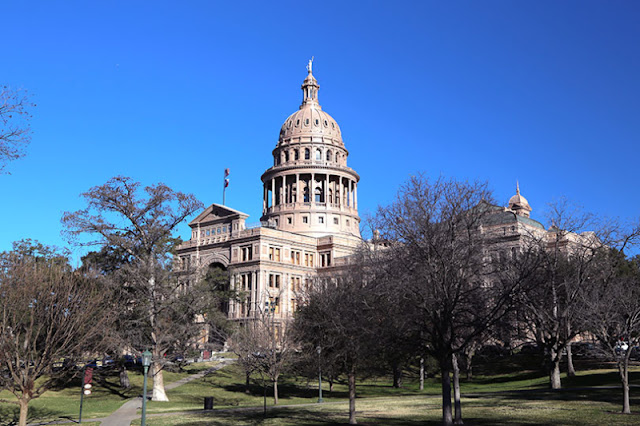 By Jennifer Whitlock
After a delay due to recent winter weather events, budget hearings have started in the Texas House and Senate. With state revenue still down following the massive economic impact of the COVID-19 pandemic, state agencies have been directed to cut budgets by 5 percent.
Budgets for agencies like the Texas Department of Agriculture (TDA) and Texas A&M AgriLife Extension Service, which provide core services to farmers, ranchers and other rural Texans, are under scrutiny by legislators.
Texas Farm Bureau (TFB) is following this issue closely to advocate for enough funding to ensure the agencies can fulfill their responsibilities.
“The Senate Finance and House Appropriations committees are holding budget hearings on those two agencies, and they’re working through all their budget issues to make sure the agencies get the resources to carry out their missions,” Harold Stone, TFB associate legislative director, said. “At TFB, we have some specific issues we’re watching, including a feral hog toxicant budget riders for TDA and Texas A&M AgriLife Extension that prohibits its use and limits research money being spent on that issue. So, we’re continuing to work on that and just make sure these agencies get the resources they need to help our farmers and ranchers.”
Another issue TFB is following is a reduction in funding for boll weevil eradication programs through TDA. It’s a big concern for cotton-producing counties, and those funds should be restored into TDA’s budget, according to Stone.
But on a positive note, the budgetary shortfall is not as large as was initially predicted by Texas Comptroller of Public Accounts Glenn Hegar last year.
“We were very surprised when we received the revenue estimate from the comptroller, and the budget deficit wasn’t as big as we thought it would be,” Stone said in an interview with the Texas Farm Bureau Radio Network. “Hopefully, with some more COVID relief funds coming down from federal government, we can bridge that gap pretty easily, and it won’t be so detrimental to the ag agencies.”
After the first budget hearings conclude, the agencies will then have an opportunity to bring their concerns back to the committee once more before budget markups occur and decide the amount of funding allocated to each agency.
But even if the agriculture-related agencies’ budgets are reduced further, they should still be able to carry out their core missions and services, Stone noted.
“Farmers and ranchers face this on an everyday basis. Sometimes you just have to tighten your belt a little bit,” he said. “So, hopefully with just a little bit of belt-tightening, we can continue to be on a path to what these agencies can definitely operate on a good manner.”
More information on TFB priority issues is available each week in the Austin Newsletter. To sign up to receive the Austin Newsletter, log in to myTFB and update your contact preferences using the menu on the left-hand side of the screen.
Texas