Biden to detail infrastructure proposal and how to pay for it 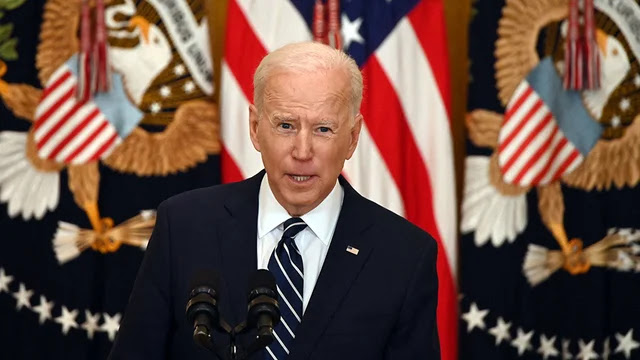 President Biden on Wednesday will unveil his infrastructure proposal as well as how to pay for it as the White House eyes its next big legislative push. The package Biden will lay out on Wednesday will focus on domestic manufacturing, research and development, caregiving and infrastructure. He will deliver the speech during a stop in Pittsburgh, Pa., the same city where he announced his presidential campaign in 2019.
"The president has a plan to fix the infrastructure of our country. We're currently 13th in the world. No one believes we should be there. And he has a plan to pay for it, which he will propose," White House press secretary Jen Psaki told reporters Monday.
"Once he proposes that, our focus is also on having that engagement and discussion with members of Congress," she added.
Psaki confirmed Biden will detail how to pay for every dollar of the proposal, which is expected to total more than $1 trillion. But Psaki stressed that the White House will work with members of Congress to find common ground on both what's in the package and how to pay for it.
The infrastructure-focused proposal is the first of a two-part, multitrillion-dollar package the White House is expected to detail in the coming weeks. The second proposal will focus more on domestic priorities like health care and child care programs.
Plans for Biden to detail how to pay for the package will likely ward off some criticism from moderate lawmakers and fiscal hawks who have voiced concerns with adding to the national debt with another pricey bill. But the White House will still need to win over skeptics who are wary of raising taxes to fund the infrastructure bill.
The White House has previously said it would not raise taxes on individuals or households making under $400,000 a year, and it has eyed a corporate tax increase from 21 percent to 28 percent.
National