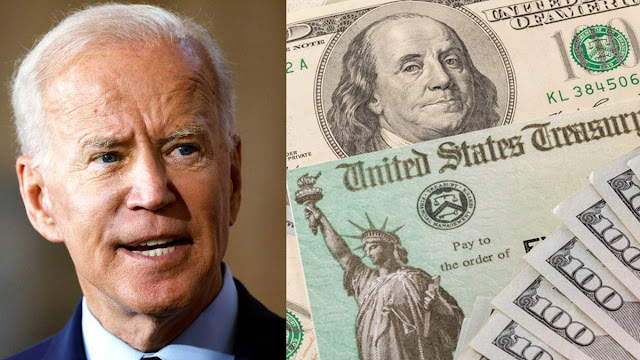 Economic advisers in the Biden administration are reportedly preparing a $3 trillion spending plan, charting an ambitious path forward on infrastructure and child care programs that will test the White House's ability to garner GOP support.
The New York Times and The Washington Post on Monday reported that Biden’s advisers are expected to present the proposal this week. The plan reportedly recommends spreading out the president's economic agenda across multiple bills instead of one massive legislative package.
The plan will begin with an infrastructure measure that may be funded through increased taxes for the wealthy and corporations, the Times reported, adding that the $3 trillion spending plan does not include the cost of extending new tax cuts to fight poverty that could cost hundreds of billions of dollars.
The White House did not immediately respond to a request for comment.
The administration, fresh off the passage of a $1.9 trillion economic relief measure, has signaled for weeks that it planned to tackle infrastructure next. The issue has generally received bipartisan support, and President Biden has hosted bipartisan groups at the White House to discuss how to move forward with a bill.
But there remains daylight between the two parties on how to pay for such a package. Democrats are likely to push for tax increases on wealthier Americans to fund the legislation, a move that Republicans have generally balked at.
The infrastructure piece would reportedly focus on investments in clean energy, 5G telecommunications and rural broadband, among other areas.
A second piece of legislation would focus on funding for child care and pre-K programs and assistance for community college students.
National