Biden taps Harris to lead on immigration amid border crisis 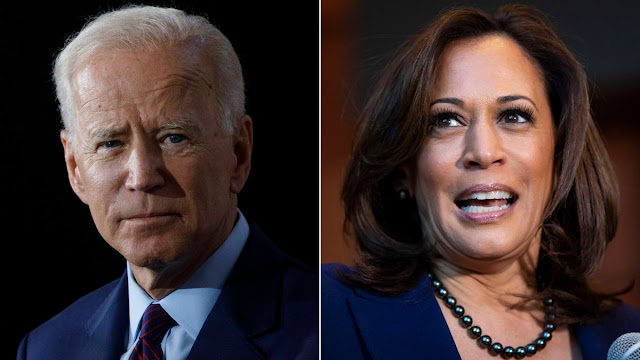 President Biden has tapped Vice President Harris to lead the administration’s efforts to stem the flow of migrants seeking entry to the U.S. at the Southern border and to form partnerships with Mexico and the Northern Triangle countries aimed at addressing the root causes of illegal immigration.
Harris will spearhead the White House’s immigration portfolio so that Mexico and the Northern Triangle will know “there is one single figure dedicated to this effort,” a senior administration official said.
A White House official said Harris’s work will run along two tracks — first to address the swell of migrants at the Southern border, and second to build long-term partnerships with the Central American countries the migrants are fleeing.
“She’ll work first on the goal of stemming the flow of irregular migrants to the U.S…but at the same time, the real goal is to establish a strategic partnership with these countries based on respect and shared values,” the official said.
Harris’s appointment comes at a critical time for the Biden administration, which is struggling to handle the surge of migrant children seeking entry to the U.S.
The Biden administration is turning away many of the thousands of migrants that have made the dangerous journey from Mexico and the Northern Triangle countries of Guatemala, Honduras and El Salvador.
But the U.S. under Biden is accepting unaccompanied minors, who have arrived in record numbers.
The U.S. is in custody of at least 15,000 migrant children and the Biden administration is struggling to provide housing and care for all of them.
Thousands are being kept at Customs and Border Patrol (CBP) cells meant for adults for days longer than is legally allowed. Photos of the CBP facilities show packed cells of migrant children sleeping in crowded pods on hard floors underneath space blankets.
The Biden administration is trying to quickly move the children out of CBP facilities and into housing overseen by Health and Human Services, where they have access to educational, health and legal services.
The administration has opened up several new facilities to handle the surge, including a tent city in Midland, Texas and a convention center in Dallas, to handle the overflow.
“The focus in the near term will be on stemming the flow of migrants to the U.S.,” the official said, a process that will include securing the border, providing a surge in humanitarian assistance, and creating legal pathways for migrants to come to the U.S.
Many migrants are fleeing Mexico and the Northern Triangle countries to escape economic instability violence, corruption, and extreme weather events.
The administration official said the longer term goal will be to address the underlying conditions in those countries by combating corruption, enforcing border security, implementing good governance practices, overseeing diplomatic efforts, and other long term strategies that “get at the root causes of migration.”
“It will take time,” the senior administration official said. “The vice president gets that, and the president gets that.”
National