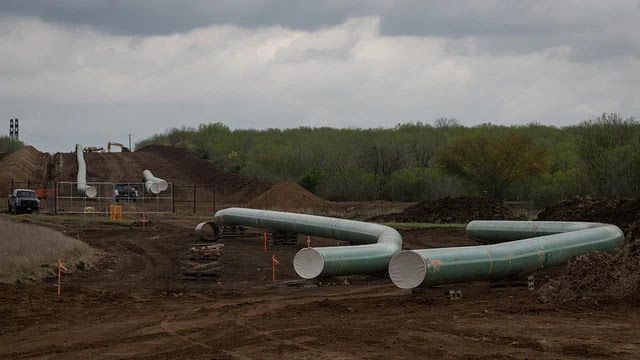 The Biden administration is siding with a pipeline company in a dispute over whether it can seize land from the state of New Jersey in order to complete construction.
The Supreme Court agreed to hear the case last month after a lower court ruled against the use of eminent domain to acquire land for the PennEast gas pipeline.
In a brief in support of PennEast’s position, the Justice Department argued that states aren’t exempt from a law allowing permit-holders from taking necessary property for infrastructure projects that were approved by federal regulators.
“There is no basis to conclude that, when the States granted the federal government the eminent-domain power in the plan of the Convention, they silently retained the right to veto delegations of its exercise,” the brief said.
A federal appeals court had previously ruled in New Jersey’s favor, arguing that taking the state-owned land went against the 11th Amendment, which protects states from certain lawsuits.
Like the Biden administration, the Trump administration had sided with PennEast, arguing that “It is the federal government who has the “primary authority to determine whether additional pipelines and related facilities are needed and, if so, where they should be located and whom they should serve.”
If completed, the pipeline would span 120 miles and carry natural gas from Pennsylvania to New Jersey.
National