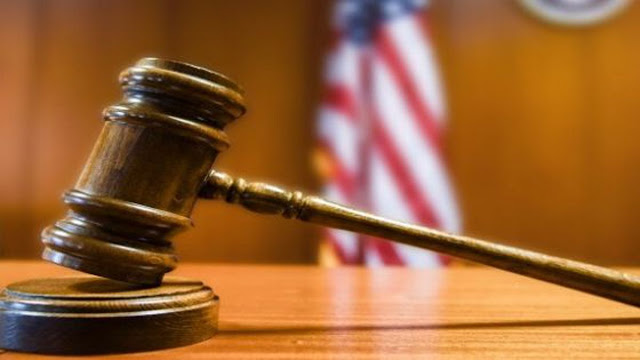 Two men pleaded guilty this week to illegally excavating approximately 1,500 artifacts from federal land, announced Acting U.S. Attorney for the Northern District of Texas Prerak Shah.
Jeffrey Alan Vance, 37, of San Marcos, and Dax Wheatley, 32, of Amarillo, pleaded guilty this week to violating the Archeological Resource Protection Act (ARPA).
“Looting from federal lands will always trigger swift enforcement action,” said Acting U.S. Attorney Prerak Shah.  “The Justice Department will not stand for the theft of precious cultural artifacts.  We are working aggressively to safeguard our nation’s Native American heritage and root out those who violate the law.”
“The federal law enforcement officers of the Bureau of Land Management and our state archaeologists work tirelessly to protect our nation’s natural and cultural resources,” said Eric A. Kriley Director of the BLM’s Office of Law Enforcement and Security.  “I hope the sentences in this case will deter others from illegally collecting and trading in Native American cultural artifacts and other items protected by the Archeological Resources Protection Act of 1979 and the Native American Graves Protection and Repatriation Act. I want to thank the United States Attorney’s Office for their outstanding cooperation and commitment in the prosecution of this case.”
In March 2019, the Bureau of Land Management (BLM) received a tip that an illegal excavation had occurred on a Native American cultural site at the Cross Bar Management Area, just north of Amarillo, Texas.  BLM determined that the illegal excavation took place at a site known as 41PT109 – a former homestead of the Antelope Creek Culture, Native Americans who lived in the Texas panhandle between approximately 1200-1500 A.D.
A BLM agent received information that a person, later identified as Mr. Vance, had posted photographs of the illegal excavation on social media.  While commenting on the photo, a Facebook user informed Mr. Vance that the area he was “digging in is federal land and Rangers enforce” there. Mr. Vance replied, “I’m not scared of the feds.”
Mr. Wheatley also posted photographs of illegal excavations that he and Mr. Vance conducted at a U.S. Army Corps of Engineers site in Austin, Texas.  Mr. Vance posted more information on social media about other dig sites in the Austin, Texas area and the San Marcos, Texas area.
According to plea papers, a search warrant was executed at the homes of both Mr. Vance and Mr. Wheatley in November 2019.  Mr. Vance admitted that there were human remains inside his residence and Mr. Wheatly had a photograph of the excavation site 41PT109 taped to his refrigerator.
Law enforcement sized Mr. Vance’s cell phone and conducted a forensic analysis. He had several discussions with people about selling the illegally obtained Native American artifacts and remains. In one text message, Mr. Vance stated, “Don’t be telling people we are digging on government property!” Vance also bragged that he is an “infamous illegal excavator of Native American artifacts in Texas” and that he is “a criminal.”
In total, approximately 1,500 artifacts were recovered by federal authorities including burial beads and petrified wood.  BLM will consult with the appropriate tribes to determine cultural affiliation and to facilitate repatriation of the remains and artifacts.
Each defendant faces up to 2 years in federal prison and restitution for their crimes.
Local