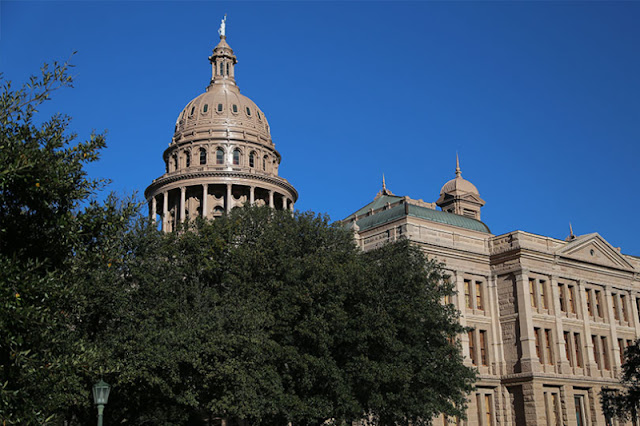 By Jennifer Whitlock
Budget hearings for several agriculture-related state agencies, including the Texas Department of Agriculture (TDA) and the Texas A&M AgriLife Extension Service, continued this week before the Texas Senate Finance Committee and House Appropriations Subcommittees.
During the hearings, points of concern for farmers and ranchers across the state were discussed, including funding for boll weevil eradication and feral hog control research, according to Charlie Leal, Texas Farm Bureau (TFB) state legislative director.
“The filed version of the state budget bill included the elimination of the funding for the Boll Weevil Eradication Foundation. During the hearing, it became clear that there was some confusion about the funding reserves within the program,” he said. “As cotton farmers know, the reserve funding is in place in case boll weevils become active in eradicated areas of the state. Or like in the case of Hurricanes Hannah and Harvey, if cotton production assessment revenue is down in South Texas, that reserve funding must be shifted to that area of the state. The legislative budget board staff, which drafts the filed version of the bill, may have misidentified the maintenance reserve funding in that program as surplus, and they identified it to be removed.”
During the Senate hearings, Leal noted Sens. Lois Kolkhorst, Eddie Lucio and Charles Perry and Reps. Cecil Bell and Alex Dominguez defended the funding reserve to their colleagues and stressed the importance of retaining the $8.7 million in funding for boll weevil eradication.
Budget riders regarding research into toxicants used to control feral hogs received an even livelier debate.
“The elimination of those two budget riders within TDA’s budget and AgriLife’s budget were a big topic of discussion. Ag Commissioner Sid Miller and members of both of those committees had robust discussions regarding the feral hog toxicant issue,” Leal said in an interview with the Texas Farm Bureau Radio Network. “The committees seemed receptive to looking at research done on the product, as well as proposed measures that TDA could implement during the certifications process to ensure that that product could be used safely in the farm or ranch environment.”
Several agricultural industry representatives, including TFB District 8 State Director Mickey Edwards, provided testimony in support of the removal of the budget riders that prohibit the certification and research of feral hog toxicants.
Another TDA-related issue on the agenda was budget flexibility.
“Beginning in the 84th session, TDA was stripped of their unexpended balance authority. There was a discussion on the request from TDA to re-establish their authority to carry over unexpended funding balances across the biennium years and then transfer authority between agency programs,” Leal said. “It’s become evident that the elimination of that authority and flexibility may have led to across-the-board fee increases to producers. Restoring this authority to TDA should make fees more manageable for farmers and ranchers.”
The next several weeks will be crucial in both the House and Senate budget processes, he noted. It’s a good time for TFB members to get involved and voice their opinions on why the funding should be allocated for various endeavors important to agriculture, whether it be for feral hog control or boll weevil eradication.
“That grassroots advocacy and engagement at the local level with legislators is very important, making sure they understand that these programs are vital to farmers and ranchers and that they know why we rely on those state agencies,” Leal said.
Texas