Abbott: Texas will do what feds under Biden won’t to secure southern border 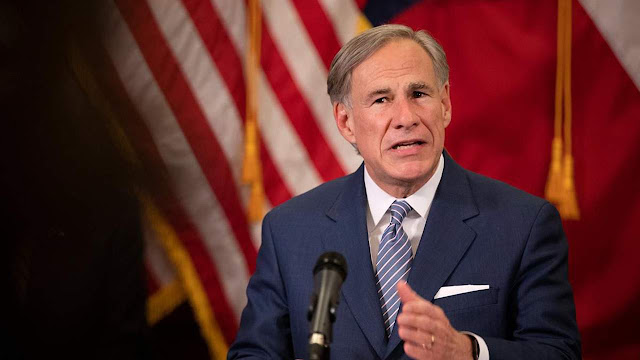 By Bethany Blankley
Gov. Greg Abbott said Tuesday that Texas state government will secure its southern border with Mexico if the federal government under the Biden administration will not.
At a news conference with law enforcement officials in Mission, Texas, Abbott said he earlier toured the border by air and, "We did see people crossing illegally.”
"The Biden Administration has created a crisis at our southern border through open border policies that give the green light to dangerous cartels and other criminal activity,” Abbott said. “Border security is the federal government’s responsibility, but the state of Texas will not allow the administration’s failures to endanger the lives of innocent Texans. Instead, Texas is stepping up to fill the gaps left open by the federal government to secure the border, apprehend dangerous criminals, and keep Texans safe.”
Over a period of two months, a surge at the border occurred after President Joe Biden signed several executive orders dismantling Trump administration border security policies and treaties and agreements with Mexico and other countries, the governor said.
Compared to the same time period as last year, the number of encounters at the southwest border has increased by nearly 80%, border patrol data reveal.
“Cartels are ramping up trafficking and smuggling along the border,” Abbott said, which is overwhelming border patrol officials. "The cartels are involved in every single one of these border crossings that we see. They are more involved in crossings we do not see. The strategy is to overwhelm Border Patrol agents. ... When Border Patrol agents are overwhelmed is when the cartels bring over dangerous people."
Abbott's news conference was held after a briefing with members of the U.S. Border Patrol, the Texas Department of Public Safety (DPS), the National Border Patrol Council, and the Texas National Guard prior to the press conference.
Border Patrol said officers have apprehended 108,000 illegal immigrants so far this year, including more than 800 violent criminals, including 78 sex offenders, many gang members and individuals who have been previously deported.
Abbott condemned the Biden Administration “for enriching the cartels with these open border strategies and for failing to provide vaccines to members of the U.S. Border Patrol.” He also noted that federal agents with the U.S. Immigration and Customs Enforcement (ICE) are responsible for detaining, testing and quarantining anyone that comes across the border, and they aren’t doing so because of Biden’s new policies.
He called on the Biden administration to increase the number of ICE facilities and provide more funding to the agency to allow them to do their jobs.
"What I'm about to tell you is maybe one of the most reprehensible things I've heard this whole time," Abbott said. "The Biden administration is not providing vaccinations for the Border Patrol. We have Border Patrol officers whose lives are on the line on a daily basis, an hourly basis, and the Biden administration will not step up and provide those Border Patrol officers with the vaccinations they need. The Biden Administration should surge vaccines to Texas to all men and women on the Border Patrol this week and ensure that every Border Patrol officer in the state of Texas will be vaccinated this week. Anything less than that is the epitome of inhumanity."
"This is not a Republican vs. Democrat issue," Brandon Judd, president of the National Border Patrol Council, said. "This is an issue that affects American citizens."
Abbott launched Operation Lone Star last weekend to deploy 500 Texas National Guard troops to help border patrol with security efforts, using air, ground, marine and tactical border security measures specifically in high-threat areas.
The Department of Homeland Security announced on Monday that it was activating its volunteer force to support the effort.
DHS Secretary Alejandro Mayorkas said he and the president were “committed to ensuring our nation has a safe, orderly, and humane immigration system while continuing to balance all of the other critical DHS missions.”
DHS volunteers operate in a non-law enforcement capacity and will perform duties like assisting in control rooms, housekeeping, preparing meals, supply and prescription medicine runs, and managing property, according to a Fox News report.
Texas