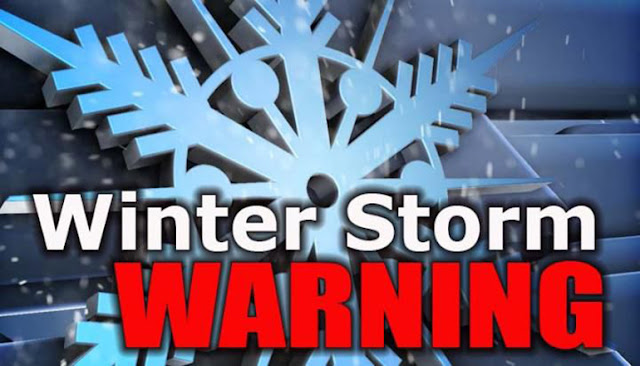 At least two people have died in Texas as an unusual winter storm hits the South, leaving millions of people without power and shutting down air travel and local businesses.
Law enforcement officials found two men dead along Houston-area roadways, according to The Associated Press.
While the causes of death are still under investigation, officials suspect that the subfreezing temperatures in the area likely played a role.
The rare winter storm forced millions in Texas to brace freezing temperatures into the evening Monday, with officials warning homes that lost power they would likely not have heat until at least Tuesday.
As of Tuesday morning, approximately 4.1 million people were experiencing power outages across Texas, according to poweroutage.us. In Amarillo and its immediate area alone, the map estimated over 20,000 were without power this morning.
Xcel Energy declared an energy emergency this morning and began initiating controlled outages. These interruptions began at 6:45 a.m. this morning.
The company said this is due to persistent deficiencies in natural gas supplies that fuel power plants in the central United States, including power plants in Texas and New Mexico.
“Natural gas production is off because of the extreme cold, and supplies are freezing up in the wellfields, limiting the amount of gas that can be delivered over pipelines to power plants across the region and beyond,” said David Hudson, president, Xcel Energy.
Xcel said customers should expect power interruptions to pre-selected electric circuits for up to one hour at a time so that the company can maintain reliability and protect the regional grid.
Harris County Judge Lina Hidalgo, the top elected official in the county of nearly 5 million people, said Tuesday, “Things will likely get worse before they get better,” the AP reported.
Single-digit temperatures were reported as far south as San Antonio, and the power outages throughout Houston included one at a facility storing more than 8,000 doses of Moderna’s coronavirus vaccine.
The Houston Chronicle reported that Harris County Public Health was forced to distribute the doses before they were spoiled, offering them to places where large groups of individuals were already gathered, including Rice University, the county jail and area hospitals.
Texas is one of several states across the southern United States battling a raging winter storm, prompting President Biden on Sunday to approve an emergency declaration for Texas as multiple governors have declared their own states of emergency.
The Texas Department of State Health Services told the AP on Monday that the weather has delayed the arrival of 400,000 COVID-19 vaccine shipments expected in the state until at least Wednesday.
State officials have encouraged residents to stay home amid the weather, with Texas, Oklahoma and Arkansas all deploying the National Guard to respond to the disaster.
Local