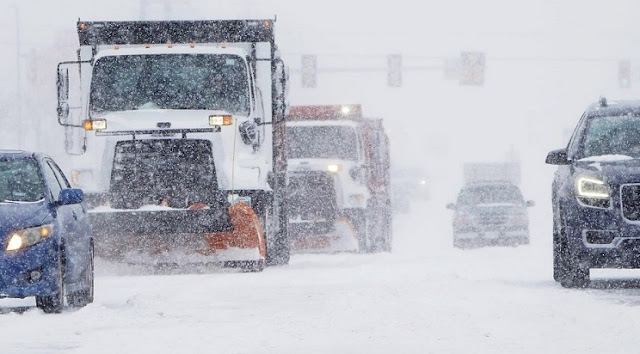 The South is being slammed by a rare winter storm, leaving millions in Texas without power on Monday as officials scramble to respond to snow and low temperatures in states that typically deal with neither.
Much of the U.S. – more than 150 million people across 25 states – are facing a winter storm warning, winter weather advisory or ice storm warning, according to the National Weather Service and USA Today.
The storms and low temperatures are extending further south than usual, with single-digit temperatures recorded as far south as San Antonio, according to The Associated Press.
Southern states dealt with widespread power outages, with Texas seeing the most with more than 2.8 million homes losing electricity as temperatures dropped, according to poweroutage.us.
The Electric Reliability Council of Texas (ERCOT) moved to rotating outages on Monday morning, cutting off power to thousands of homes at a time to manage the high demand.
"Every grid operator and every electric company is fighting to restore power right now," ERCOT President and CEO Bill Magness said in a release.
The weather disrupted 400,000 COVID-19 vaccine shipments expected in the state this week, delaying their arrival until at least Wednesday, the Texas Department of State Health Services told the AP.
Travel was also impacted, as officials warned drivers to stay off roads due to several weather-related crashes in at least Texas, Oklahoma, Louisiana and Kentucky. More than 3,000 flights were delayed, according to FlightAware, with more than 1,700 involving Dallas-fort Worth International and Bush Intercontinental Airports.
Texas Gov. Greg Abbott (R) issued a statewide disaster declaration ahead of the weekend in preparation for the weather event, and other states, including Oklahoma, had declared states of emergency. The National Guard was activated to respond to the weather in Texas, Oklahoma and Arkansas.
President Biden approved an emergency disaster declaration for all 254 counties in Texas on Sunday night, activating the Federal Emergency Management Agency (FEMA) to respond.
Local National Texas