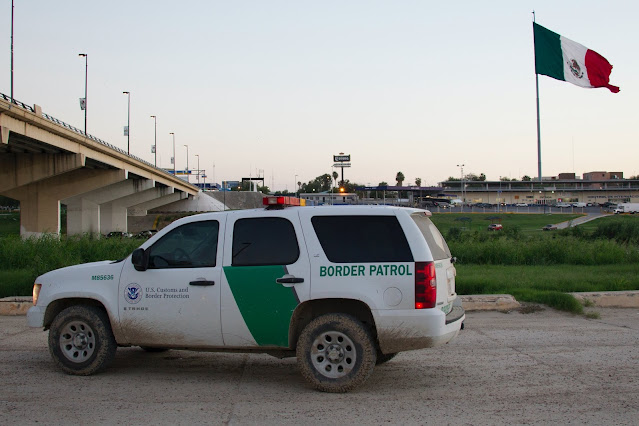 Statistics from the U.S. Customs and Border Protection (CBP) show a steady rise in the number of encounters along the southwestern border with a considerable increase in the Del Rio border patrol sector.
The total number of apprehensions along the border for the month of January was 75,000, up from the 71,000 seen in December.
2007 was the last year that apprehension numbers in the southwest border region were above 70,000, according to CBP’s figures.
Notably, apprehensions in Texas sectors are significantly higher now than they were at that time — rising from 20,000 in 2007 to 50,000 last month.
Single adults continue to account for most encounters, with about 37,000 being Mexican citizens and 27,000 nationals of other countries.
The Texan Mug
Family units, unaccompanied minors, and accompanied minors accounted for 11,000 encounters, up from 7,000 in December.
In Texas, apprehensions of family units have increased most significantly in the Del Rio sector with 1,700 apprehensions, up 172 percent from the 600 seen in December.
Total apprehensions in the sector amounted to 11,000, up from 9,000 the previous month.
The statistics from January mark a continued rise in CBP encounters with illegal immigrants in the region.
In a CBP press statement, Chief Patrol Agent Austin L. Skero II thanked border patrol agents in the field.
“I am extremely proud of the men and women of Del Rio Sector, who continue to perform their duties with care and compassion,” Skero said. “Our agents remain focused and are prepared to overcome any challenge in the protection of our nation.”
In a video directed toward President Biden, Mayor Bruno Lozano of Del Rio requested that the federal government stop releasing immigrants into the area because there are not enough resources to support them given the current emergency conditions with the Texas freeze.
“I am pleading and requesting with you to please put a halt to any measures regarding the release of immigrants awaiting court dates into the city of Del Rio and surrounding areas,” Lozano said. “We do not have the resources available to house and accommodate these migrants within our community.”
Lozano said that the city is already struggling to meet the needs of its own residents, and will not be able to provide for the needs of the “migrant population.”
“If you’re going to allow these individuals into our community, I respectfully ask that you provide the means and supplies necessary to accommodate them safely under these extreme circumstances,” the mayor added.
Lozano also expressed fear that the Biden administration’s actions will increase COVID-19 infections by intertwining visitors with the area’s residents without adequate protective measures.
While the president has sought to soften the U.S.’s immigration procedures by suspending policies such as the Migrant Protection Protocols — which require illegal immigrants to wait in Mexico while their cases are being considered — CBP is still making use of COVID-19 regulations that permits them to return illegal immigrants directly to Mexico.
Texas