Texit: Good for the bumper sticker business, but nothing else 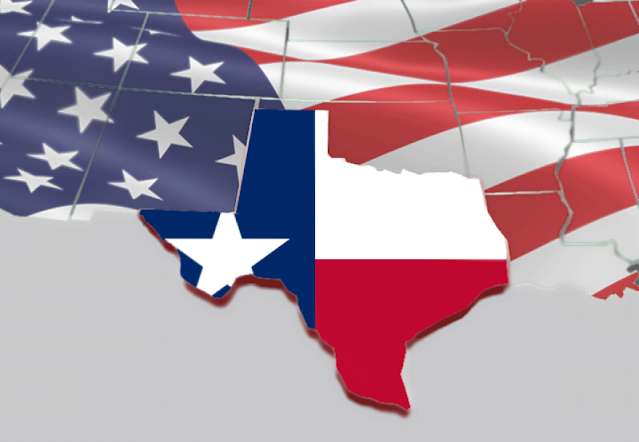 I literally don’t remember a time when someone wasn’t talking about how Texas should secede from the union once again, and companies still do brisk business selling bumper stickers catering to that idea. Lately, “Texit” has begun gaining support from the highest reaches of the state Republican Party.
The ball got rolling again thanks to a somewhat bizarre bill filed by Rep. Kyle Biedermann (R-Fredericksburg). House Bill 1359 would not actually have Texas secede from the government. Instead, it would put a voter referendum on the ballot enabling voters to decide if the legislature should begin to conceive a plan to leave the union.
“Should the legislature of the State of Texas submit a plan for leaving the United States of America and establishing an independent republic?” is how the ballot question would read. If then enacted, the state would begin undertaking the most massive increase of government since its founding, including building a postal system, a “collective defense agreement,” and the settling of debts to the United States. Conveniently, nothing in the law is written in a way to ensure the transfer from state to republic is bipartisan. Architects of the transfer would be made up entirely of congressional leadership and the lieutenant governor, which is in complete Republican control.
To be clear, it is irrelevant whether Texans vote to leave the United States or not because doing so is still illegal and there is no reason to think that the federal government would not use whatever force it deemed necessary to prevent that from occurring. Contrary to popular belief, Texas does not actually have the right to secede at any point (though the state can actually dissolve into as many as five separate states, one of which still must be Texas).
Since the election of President Joe Biden, Texas Republicans have increased their secession rhetoric, particularly Texas Republican Party Chair and former Florida congress member Allen West. In December, West was full on engaged in the conspiracy theory that Donald Trump had been robbed of a second term by dubious means and appeared to advocate secession as a solution when the Supreme Court rejected a frivolous lawsuit brought by Texas Attorney General Ken Paxton.
“This decision will have far-reaching ramifications for the future of our constitutional republic,” said West in a statement. “Perhaps law-abiding states should bond together and form a Union of states that will abide by the constitution.”
Earlier this month, West appeared on the Chris Salcedo Show to affirm his support for Biedermann’s bill.
“I don’t understand why anyone would feel that they need to prevent people from having a voice in something that is part of the Texas constitution,” he said. “You cannot prevent the people from having a voice.”
Again, there is nothing in the Texas constitution enabling secession, and the Supreme Court ruled in the 1869 case Texas v. White that even if voters choose to leave, they cannot. West’s assertion that such a thing is a possibility is yet another instance of his love of conspiracy thinking outpacing reality. Texas cannot and will not secede, but that doesn’t stop Republicans from using the idea to stoke anti-federal grievances for their own ends despite the fact that the vast majority of Texans want nothing to do with the idea.
Opinion