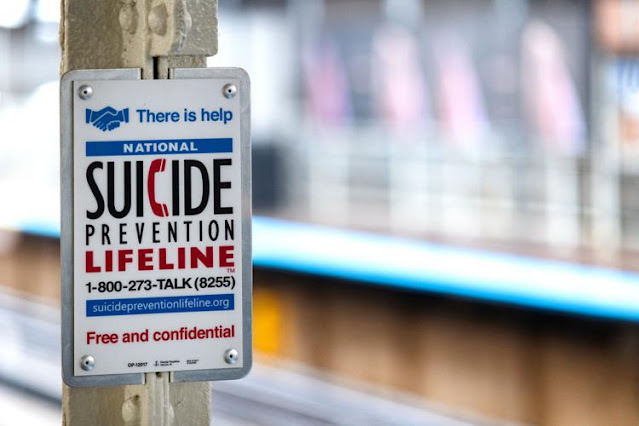 By Bethany Blankley
In Texas, one person dies by suicide about every two hours, the Texas Health and Human Services Commission (HHSC) reports.
In 2017, nearly 3,800 Texans committed suicide, the report states, a number that significantly increased after Gov. Greg Abbott ordered the state to be shut down last March.
But even before the state's COVID-19 related shutdown, suicide was a growing problem in the state, according to both the U.S. Centers for Disease Control and Prevention (CDC) and HHSC.
Suicide rates in Texas increased by 18.9% from 1999 to early 2020, the CDC reports. But the HHSC found this increase to be significantly higher.
The agency, which oversees suicide prevention in the state, found that since 2000, Texas has seen an overall increase in suicide mortality of 36%, with the highest suicide rate increase of 61% being among individuals between ages 55 and 64.
The rate of suicide mortality in women increased by 50% from 2000 to 2020, HHSC reports, and the rate of high school males who attempted suicide more than doubled.
Suicide is now the second leading cause of death for individuals between ages 15 and 34 years old in Texas.
Suicide is the fourth leading cause of death for individuals between ages 35 and 54 years old, and the 11th leading cause of death across all age groups.
In 2020, the rates of suicidal ideation and suicide attempts among 11- to 21-year-olds were higher in some months compared to 2019, according to the American Academy of Pediatrics, which analyzed data from a major metropolitan area of Texas.
“Significantly higher rates of suicide-related behaviors appear to have corresponded with times when COVID-19 stressors and community responses (e.g., stay-at-home orders and school closures) were heightened, indicating that youth experienced elevated distress during these periods,” according to a report, "Suicide Ideation and Attempts in a Pediatric Emergency Department Before and During COVID-19."
Researchers analyzed electronic health record data of 18,247 youths who were seen by a large undisclosed pediatric emergency departments (ED). Of the 12,827 youths who completed a suicide risk screening, 59 percent were female, with a mean age of 14.5 years old.
Roughly 48 percent of the youth were Hispanic/Latinx, 26.8% were non-Hispanic white and 19.1% were non-Hispanic Black.
Patients completed a seven-item screening version of the Columbia-Suicide Severity Rating Scale and researchers compared positive suicide risk screens for January through July 2020 to the same months' results of positive screens reported in 2019.
Recent suicidal ideation was 1.6 and 1.45 times higher in March and July 2020, respectively, than in March and July 2019, the analysis found. The numbers are not entirely representative, the authors note, because for significant periods of time in 2020 emergency rooms were closed to non-COVID patients. If they had remained open it is likely that more patients would have been seen.
“Additional research is needed to evaluate unique risk and protective factors that may be associated with suicide risk in the context of a global pandemic,” the authors said.
The HHSC also found that veteran suicide deaths increased by 32% between 2005 and 2017. Data after this period was difficult to assess because of how military deaths are reported, it notes.
The largest increase in the suicide death rate – 62% – was in the west of Dallas-Fort Worth area, HHSC found.
Lower East Texas experienced the lowest increase in suicide, at 3%.
Suicide mortality rates in non-metro areas are roughly 30 to 45 percent higher than those in metro areas, although the suicide mortality rate is increasing faster in non-metro areas than in metro areas, HHSC reports.
Texas