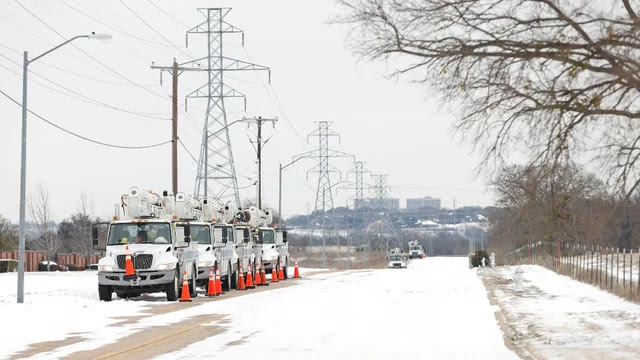 Texas Gov. Greg Abbott (R) said on Thursday that the state has restored power to around 2 million homes, The Washington Post reports.
Around 2.7 million households in Texas were without power on Wednesday morning. Texas’s power grid was heavily impacted by the winter storms that have spread out across much of the U.S. this week.
The Post notes that 32 deaths have been attributed to the freezing temperatures so far.
"As of this afternoon there are no residential power outages due to lack of power generation," Abbott tweeted. "If any residence doesn’t have power it is due to downed power lines or the need for the power company to manually reconnect. If you don’t have power contact your local power provider."
Abbott has requested that reforming the grid operator be prioritized as an emergency item for Texas state lawmakers, calling the lack of power "unacceptable."
The Biden administration on Thursday sent 60 generators as well as badly needed supplies to Texas. The generators will be used to support critical sites like hospitals and water facilities. Other supplies sent to the Lone Star State included blankets, meals and water.
Texas's power grid is almost entirely cut off from the two other major power grids in the U.S., the Eastern Interconnection and the Western Interconnection. The grid is also ill-equipped to handle low temperatures, lacking the needed winterization and insulation needed to handle the current winter weather.
Texas