Texas power grid was 'seconds and minutes' from total failure 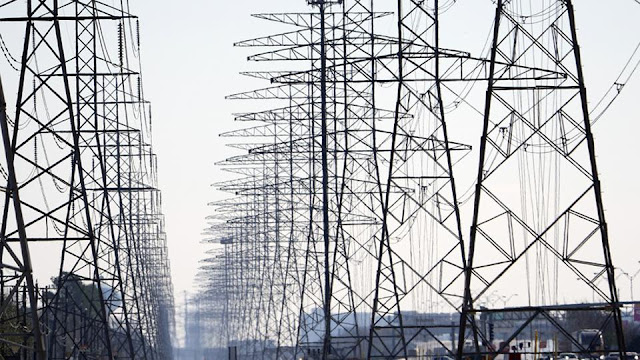 The top official in charge of Texas's power grid said Thursday that the state had been just minutes away from a total grid failure early Monday morning when operators made the decision to cut the power and begin rolling blackouts across the state.
Bill Magness, president of the Electric Reliability Council of Texas (ERCOT), told the Texas Tribune in an interview that the state's grid was "seconds and minutes" from potentially going down, adding that damages caused by the grid failure could have caused uncontrolled blackouts lasting for months.
“It needed to be addressed immediately," he said, according to the Tribune. “It was seconds and minutes [from possible failure] given the amount of generation that was coming off the system.”
Had grid operators not acted Monday to begin controlled blackouts that have affected millions across the state for days, Magness said, the damage caused by higher power demand than supply could have caused an “indeterminately long” crisis.
“The operators who took those actions to prevent a catastrophic blackout and much worse damage to our system, that was, I would say, the most difficult decision that had to be made throughout this whole event," he said.
Texas officials have clamored for answers after massive rolling blackouts across the state, leaving many without heat in freezing temperatures for days. At least 35 people have died so far as a result of the winter weather affecting Texas and much of the central and southern U.S.
"'Rolling' outages are not that. There must be systemic changes. This is happening every ten years and there’s got to be a better plan," tweeted Austin's mayor, Steve Adler (D), on Tuesday.
"The Electric Reliability Council of Texas (ERCOT) has to explain how millions of Texans are without power," he added.
The state's governor, Greg Abbott (R), gave no timetable for full power restoration in the state during a press conference Thursday. He has also called on ERCOT's board to resign.
"ERCOT has not been transparent about this," Abbott said during a press conference Tuesday. "We, all of us, need answers and transparency from ERCOT to make sure that people get the answers they need. More importantly, get the power they need."
Texas