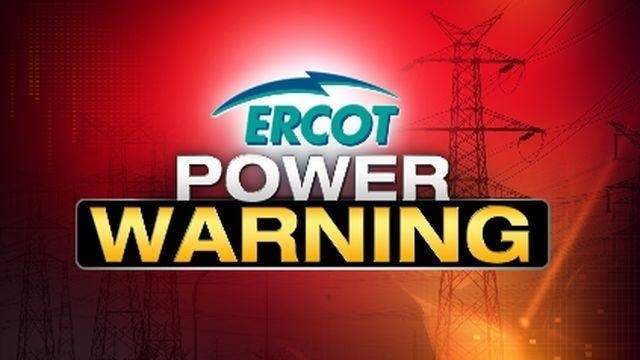 The Electric Reliability Council of Texas (ERCOT) has declared its highest state of emergency in the aftermath of an unusual winter storm that has battered the Lone Star State, bringing record low temperatures while also leaving millions without power.
The power grid operator had previously requested that Texans reduce their electric usage as much as possible through Tuesday.
"We are experiencing record-breaking electric demand due to the extreme cold temperatures that have gripped Texas," said ERCOT President and CEO Bill Magness.
He added, "At the same time, we are dealing with higher-than-normal generation outages due to frozen wind turbines and limited natural gas supplies available to generating units. We are asking Texans to take some simple, safe steps to lower their energy use during this time."
ERCOT is urging Texans to take energy-saving precautions including turning off and unplugging nonessential lights and appliances, avoiding the use of large appliances and turning down thermostats to 68 degrees.
On Monday night, the Texas Public Utility Commission granted ERCOT permission to adjust its pricing models as demand increases, NBC4i reports.
"The Commission believes this outcome is inconsistent with the fundamental design of the ERCOT market,” the order reads. "Energy prices should reflect the scarcity of the supply. If customer load is being shed, scarcity is at its maximum, and the market price for the energy needed to serve that load should also be at its highest."
In a Tuesday interview with WFAA, Magness noted that 70 to 80 of the state's 680 power plants are still offline. As of Tuesday morning, at least 4 million Texans were without power.
Texas residents are criticizing state officials' lack of emergency preparedness as they continue to brave unusually cold temperatures.
At least 11 people have been killed as a result of the winter storm, including a woman and girl who reportedly died as a result of carbon monoxide poisoning after sheltering in their car in a garage to keep warm.
Magness said the storm, with its combination of low temperatures, snow and freezing rain, has been historic and called for a reevaluation of the state's preparedness.
"The amount of demand that it's put on the electric system far exceeds any extreme forecast we've had in the past," he told WFAA. "We need to recalibrate based on what we've seen with the storm system."
Texas