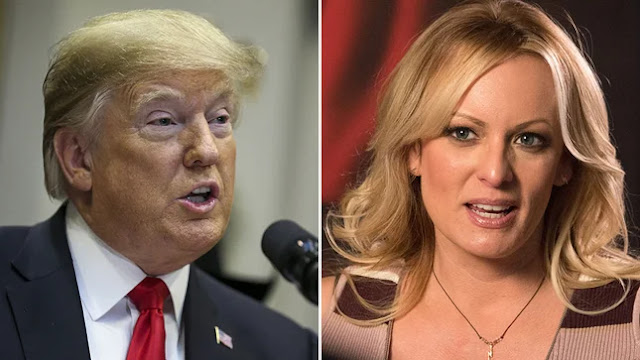 The Supreme Court on Monday refused to hear an appeal by adult film star Stormy Daniels in a defamation suit she brought against former President Trump.
Daniels, whose real name is Stephanie Clifford, sued Trump in 2018 after he suggested on Twitter that Daniels had lied about being threatened by an unknown man in 2011 in relation to her alleged affair with the former president.
Daniels appealed to the Supreme Court after her case was dismissed in the lower courts. The justices on Monday denied her petition without comment.
The case arose after Daniels released a sketch of the man who she claims threatened her in a parking lot and ordered her to “Leave Trump alone.” The purported confrontation came as Daniels was weighing whether to go public with the story of her extramarital affair with Trump.
After the sketch was made public, Trump responded derisively on Twitter.
“A sketch years later about a nonexistent man,” Trump tweeted. “A total con job, playing the Fake News Media for Fools (but they know it)!”
Daniels later sued, claiming Trump's tweet amounted to defamation.
A California-based federal appeals court said Trump's statement was an opinion and therefore protected speech.
National