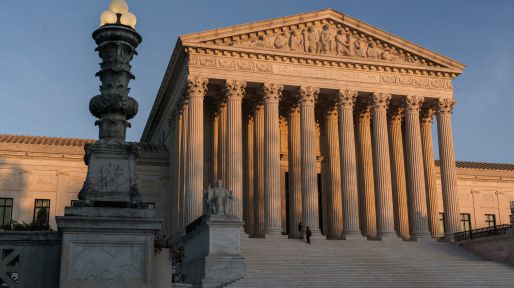 The Supreme Court will hear a challenge to the Trump administration’s changes to a federally funded family planning program that pushed hundreds of providers to leave.
The court announced Monday it will hear a case brought by the American Medical Association (AMA), Planned Parenthood and others arguing that the Trump administration’s changes to the Title X family planning program that bans providers from referring patients for abortions violates federal law and harms patient care.
Title X funds thousands of providers across the country offering contraception, cancer screenings and other services to millions of low-income women and men.
The Trump administration issued rules in 2019 banning any providers that receive Title X funds from referring people for abortions while mandating referrals to prenatal services for all pregnant patients.
It also required complete financial and physical separation from abortion services, posing challenges to providers that may offer abortions at the same sites they see other patients.
While federal funds are prohibited from paying for abortions, except in limited circumstances, the Trump administration argued any money going to providers that perform abortions indirectly supports the procedure.
After the rules took effect, about one-quarter of nearly 4,000 providers left the program, arguing they could not in good conscience agree not to provide patients with information about abortion. As a result, several states were left with no Title X  providers.
The rules were met with several lawsuits, with some courts siding with the challengers and others siding with the Trump administration.
That’s likely part of why the Supreme Court decided to hear the case.
“In Maryland, the rule has been suspended. Everywhere else, it continues to undermine this vital federal public health program,” AMA and other plaintiffs wrote to the court.
“This conflict — between two en banc circuits on important questions of federal law affecting an essential federal health care program — warrants this court’s review,” they wrote.
The 9th Circuit determined that the rule is “not arbitrary and capricious” because the administration “properly examined the relevant considerations and gave reasonable explanations,” while the 4th Circuit ruled the opposite.
"We welcome the U.S. Supreme Court’s decision to review the Ninth Circuit’s erroneous opinion upholding a Trump administration rule that imposed drastic changes on the Title X federal family planning program,"  AMA, Planned Parenthood and other groups said in a joint statement Monday.
"This rule continues to bring immense harm to people across the country who depend on affordable reproductive health care like birth control, breast and cervical cancer screenings, and STI testing and treatment, among other essential health services that Title X provides," they said.
The Biden administration is reviewing the rule and the president vowed on the campaign trail to reverse it. It's not yet clear when the Supreme Court will hear arguments, but the plaintiffs in the case are urging the Biden administration to act as soon as possible to reverse the rule.
"Title X patients can’t wait for our case to play out through the judicial process," said Julie Rabinovitz, president and CEO of Essential Access Health in California, the largest Title X network in the country.
More than 100 providers left Essential Access Health's network after the rule took effect. The organization's providers served fewer than 200,000 patients in 2020, compared to the 1 million it served before the rule took effect.
"We need swift and meaningful executive action to restore Title X’s mandate to provide comprehensive family planning services and suspend enforcement of the Trump-era regulations that put the health and well-being of Title X patients at risk. The Biden-Harris administration has signaled their intent to fix Title X in line with their stated priorities related to advancing and protecting health access and equity nationwide, and they must do so without delay."
National