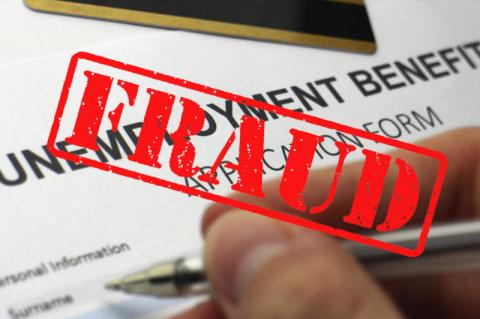 The Kansas Department of Labor sent letters late last year to Laura Kelly about the unemployment benefits she had claimed. The only problems were that Kelly had not filed a claim, and that she is employed — as the state’s governor.
A tsunami of fraudulent unemployment claims sweeping the nation has cost states and the federal government tens of billions of dollars in payments, many to overseas crime syndicates and nefarious hackers who have gained access to Americans’ Social Security numbers and other identifying information.
The scope of the crisis is not yet known, though the early estimates are eye-popping: California officials have identified at least $11.4 billion in fraudulent claims, and they suspect another $20 billion may be fraudulent.
New York officials have referred more than 400,000 fraudulent claims to federal investigators, totaling $5.5 billion in claims, most of which were caught before they were paid.
In Ohio, more than 100,000 people have reported potential fraudulent activity in their names to the Ohio Department of Job and Family Services. Ohio and Michigan officials each estimated the potential fraud cost their states hundreds of millions of dollars.
Colorado’s Department of Labor and Employment has flagged more than a million applications for benefits as potential fraud. Maryland has identified a quarter million phony claims. Massachusetts reported last year it had paid out $242 million in improper claims.
The fraud is so widespread that Kelly is not even the only governor to be a victim: Someone filed a fraudulent claim on behalf of Ohio Gov. Mike DeWine (R), too.
In a report updated earlier this month, the Department of Labor’s Office of the Inspector General estimated that fraud has cost unemployment insurance programs across the country at least $63 billion this year.
Fraud is a routine part of unemployment insurance claims, experts said, in part because of the way the system is designed. Someone who becomes unemployed does not have time to wait through a lengthy review process, so states build in a bias toward action. A 1971 Supreme Court decision requires states to pay out benefits when a claim is made, rather than after an appeal.
“There’s a natural tension in the unemployment insurance system between adequately assessing eligibility and getting payments out in a timely fashion,” said Christopher O’Leary, a senior economist at the Upjohn Institute for Employment Research who studies unemployment insurance programs. “There is pressure for the states to not be slow. There is also pressure in a pandemic to get money to people in need.”
Fraudsters can use personal information acquired through data breaches to apply for benefits in someone else’s name, and in many states there is little interaction beyond an online application before benefits are distributed.
In the midst of a pandemic, in which federal relief money has flowed to unemployment insurance programs, those programs become even more inviting targets. The Secret Service issued a memo last year warning field offices that a ring of scammers based in Nigeria had been filing unemployment claims across the United States.
“We’re in a technology environment, and furthermore because of the pandemic, there is less personal interaction between the agency and claimants,” O’Leary said. “These syndicates just file over and over and try to get an eligible claim.”
In a letter last month, House Speaker Nancy Pelosi (D-Calif.) joined the state’s Democratic Sens. Dianne Feinstein and Alex Padilla in asking President Biden to create a federal task force to help states stop the fraud. Sen. Ron Wyden (D-Ore.) earlier this month introduced legislation that would give states $500 million to upgrade the technology that undergirds unemployment insurance programs.
In a statement, an FBI spokesperson said investigating unemployment insurance fraud was a top priority for the Bureau.
The federal government has sent aid to some states to help claw back the money. The Labor Department gave states $100 million last year to combat fraud. This month, the agency awarded another $49 million in grants to 28 states and territories.
“We are partnering with states as they innovate and apply new solutions to combat criminal attacks on their unemployment insurance programs,” said Suzi LeVine, the principal deputy assistant secretary of Labor for employment and training. “Criminals adapt their fraud techniques routinely, so we must be vigilant and determined to prevent those eager to deprive unemployed Americans of money they desperately need in these difficult times.”
LeVine knows something about the cost to states: As commissioner of Washington state’s Employment Security Division, she scrambled to fix a software glitch that led to more than half a billion dollars in fraudulent claims.
States have used the money to hire staff or consultants who are specifically designated to fight fraud. Michigan’s Unemployment Insurance Agency said it had used the federal money to hire 50 new employees dedicated solely to stopping fraud.
The rash of fraudulent claims could begin to impact taxpayers in the run-up to filing season, experts said. Taxpayers who receive unemployment insurance benefits get a form 1099-G to file along with their taxes — and many who were the victims of fraud will receive those forms this year.
“Unfortunately, tax cams aren’t new,” said Mark Steber, chief tax information officer for the financial services firm Jackson Hewitt. “It’s happened in the past where a taxpayer will receive a 1099-G form that didn’t actually involve them.”
The Internal Revenue Service advises taxpayers who receive a 1099-G for benefits they did not receive to contact the state agency that issued the form to request a new one. The IRS has told stats not to issue 1099-G forms to those who have been identified as victims.
National