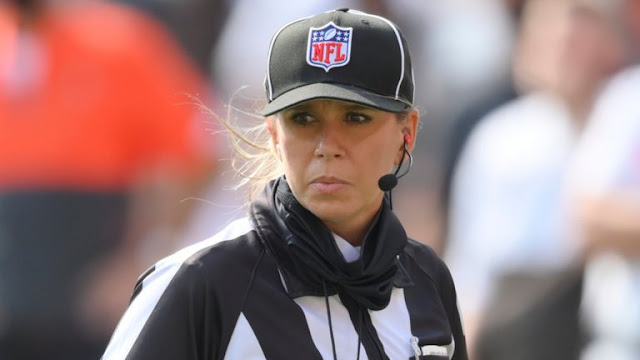 Referee Sarah Thomas became the first woman to officiate a Super Bowl on Sunday.
“History made,” the NFL tweeted ahead of the Super Bowl LV.
Thomas previously made history in 2015 after becoming the league’s first full-time female official. She also became the first woman to officiate an NFL playoff game in 2019 when the Los Angeles Chargers faced off against the New England Patriots.
First lady Jill Biden shared support for Thomas on social media before Sunday's game.
The NFL announced last month that Thomas would be part of the team officiating the NFL championship game. NFL Executive Vice President of Football Operations Troy Vincent Sr. at the time said, “Her elite performance and commitment to excellence has earned her the right to officiate the Super Bowl.”
The Kansas City Chiefs are playing the Tampa Bay Buccaneers in the 2021 Super Bowl. The Sunday game is being played in Tampa, Fla.
The NBA made history last month after two female referees officiated the same NBA game for the first time in the league’s history. NBA referees Natalie Sago and Jenna Schroeder were part of the officiating crew during a game between the Charlotte Hornets and the Orlando Magic.
National