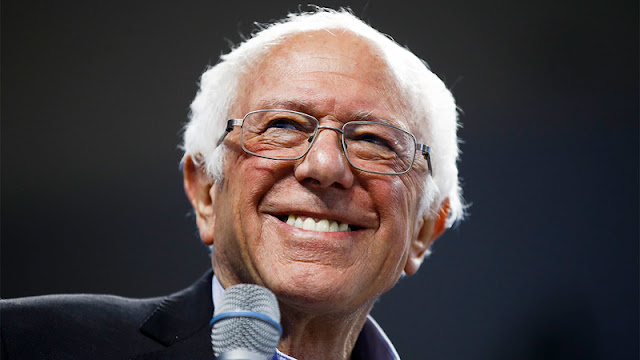 Senate Budget Committee Chairman Bernie Sanders (I-Vt.), who came closest to defeating Joe Biden in the 2020 Democratic presidential primary, is vowing that language to increase the minimum wage to $15 an hour will be included in a COVID-19 relief bill Democrats plan to pass with special budgetary rules.
Sanders on Wednesday pushed back against speculation that Democratic leaders will drop language increasing the federal minimum hourly wage from $7.25 to $15.
“It’s going to be in reconciliation if I have anything to say about it. The only way we’re going to get it passed — we’re not going to get the 60 votes that we need. The only way we’re going to do it with 50 votes is through reconciliation,” he said.
Sanders is showing no sign of backing down to centrist Sen. Joe Manchin (D-W.Va.), who says he does not support raising the minimum wage to $15 and has instead proposed $11 an hour, indexed to inflation.
Sanders acknowledged Wednesday that raising the minimum wage to $15 won’t get any Republican support, which means he’s betting on Democrats unifying over a rescue package that includes a substantial hourly wage increase.
“There are no Republicans who are interested in the $15 an hour minimum wage. The point to be made is it’s over a five-year period,” he said.
Sanders has leverage as the chairman of the Budget panel and a two-time presidential candidate who exceeded expectations in 2016 and outperformed more mainstream rivals in 2020.
Biden, who included a $15-an-hour minimum wage proposal in his $1.9 trillion American Rescue Plan, on Friday predicted that it is likely to get squeezed out because of reluctance of Democratic centrists.
“I put it in but I don’t think it’s going to survive,” Biden told Norah O’Donnell of CBS News. “My guess is it will not be in.”
One of the biggest challenges Democrats face is convincing Senate Parliamentarian Elizabeth MacDonough that a $15-an-hour wage mandate is eligible to pass via the budget reconciliation process.
The Senate’s Byrd Rule prohibits the inclusion of extraneous matter in a reconciliation package, which is able to pass the Senate with a simple-majority vote, thereby avoiding a filibuster.
A key challenge is the requirement that any legislation added to the package produce a change in outlays or revenues that is not merely incidental to the nonbudgetary components of the provision.
National