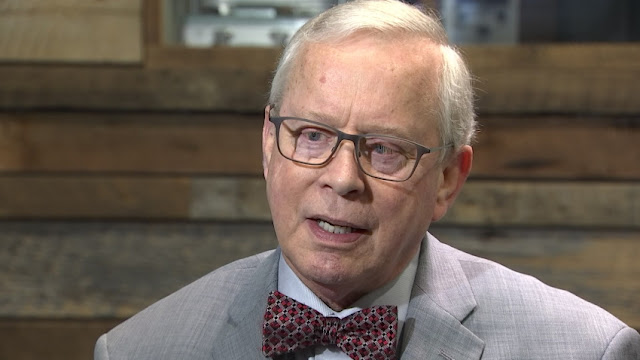 Rep. Ron Wright (R-Texas) died on Sunday evening after testing positive for COVID-19 late last month.
"Congressman Ron Wright passed away peacefully at the age of 67 on Feb. 7, 2021," Wright's campaign said in a statement on Monday. "His wife Susan was by his side and he is now in the presence of their Lord and Savior."
Wright, 67, had previously been diagnosed with lung cancer in 2019. He is the first sitting member of Congress to die from COVID-19.
Wright announced his diagnosis on Jan. 21, stating he had “mild symptoms.” He was later hospitalized and treated at Baylor Hospital.
“I am experiencing minor symptoms, but overall, I feel okay and will continue working for the people of #TX6 from home this week,” Wright said at the time.
Wright previously served as the mayor pro tem of Arlington, Texas, before working as chief of staff for his predecessor, former Rep. Joe Barton (R-Texas). After Barton announced his retirement in 2017, Wright opted to run for his boss’s former seat, winning the election to represent Texas’s 6th Congressional District in 2018.
He sat on the House Foreign Affairs Committee and the House Education and Labor Committee.
Wright’s office highlighted his work ethic and love for his district in a statement, noting he continued to serve his constituents despite his second cancer diagnosis and treatment in 2019.
“Over the past few years, Congressman Wright had kept a rigorous work schedule on the floor of the U.S. House of Representatives and at home in Texas’ Congressional District 6 while being treated for cancer. For the previous two weeks, Ron and Susan had been admitted to Baylor Hospital in Dallas after contracting COVID-19,” his office said in a statement.
"Congressman Wright will be remembered as a constitutional conservative. He was a statesman, not an ideologue. Ron and Susan dedicated their lives to fighting for individual freedom, Texas values, and above all, the lives of the unborn.
"As friends, family, and many of his constituents will know, Ron maintained his quick wit and optimism until the very end. Despite years of painful, sometimes debilitating treatment for cancer, Ron never lacked the desire to get up and go to work, to motivate those around him, or to offer fatherly advice,”  his office added.
Wright leaves behind his wife, Susan, children Justin and Rachel, and nine grandchildren.
Wright’s congressional colleagues mourned his loss, praising his dedication to public service.
“Congressman Ron Wright was a dedicated colleague & friend. He strived to make this country a better place by promoting conservative values on behalf of Texans back home. Not even Ron’s battle with cancer could deter him from his work as a member of Congress — Ron was a fighter,” Rep. Michael McCaul (R-Texas) tweeted.
“I am honored to have worked alongside him in the Texas Delegation and on the House Foreign Affairs Committee. Rest in peace my friend.”
And Rep. Chip Roy (R-Texas) said he had recently texted with the late congressman, releasing a statement praising his spirit and adding that he will “wear a bow tie every now and then” in Wright's memory.
“The last text I got from Ron was just over a week ago. He said ‘Still in hospital, but definitely improving. Praying for your family!!!’ This was because my family had a positive test amongst us, and he was constantly asking how we were doing, even as his cancer-ravaged body was in a weakened state to battle the virus. That is who he was: caring for others to the very last,” Roy said.
“I rest easy knowing he loves Jesus, and that his beautiful wife, Susan, and the rest of his family know that with that love and faith comes everlasting life.”
Since the start of the pandemic, dozens of lawmakers have contracted COVID-19. A number of precautionary measures, including mandatory masks on the Capitol campus, have been put in place in an attempt to help stop the spread.
Rep.-elect Luke Letlow (R-La.) died late last year as a result of complications from the virus shortly before he was slated to take office.
Texas