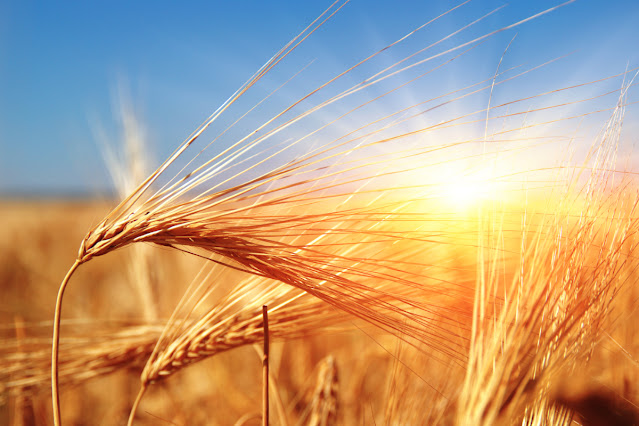 Texas wheat acres in the Panhandle are at a crossroads due to drought.
Timely rains could allow the crop to provide needed forage for the region’s beef and dairy producers or make it to grain. But if rains don’t materialize, 2021 will be a below-average season for most irrigated wheat acres and worse for dryland fields.
Jourdan Bell, Ph.D., Texas A&M AgriLife Extension Service agronomist, Amarillo, said wheat conditions across the Panhandle were poor to average depending on location. Precipitation amounts, especially for dryland fields, were the primary factor contributing to wheat performance.
“Conditions vary across the region, but drought levels are the story,” she said. “To the west and southwest, conditions are poor, and fields improve as you move east and especially northeast. Most of the region didn’t pick up the typical August, early September rains during monsoon season, so there was no buildup of a good soil moisture profile to carry the wheat crop through dry winter months.”
Wheat performance in the northeast corner and eastern parts of the Panhandle were linked to those fields catching those late summer rains, she said.
Bell said the Texas A&M AgriLife station in Bushland reported just 1.5 inches of rain since Oct. 1. Although parts of the region received some precipitation via snowfall, this year’s snowfall has been below average, and the snowfall received has not helped the soil moisture profile due to above-average temperatures and high winds that quickly dried out the soil.
“We’ve had several inches of snowfall, but it hasn’t been a significant help, and we have had rain in some areas, but it was followed by 40-50 mph winds, so it hasn’t been very beneficial,” she said. “Drought has persisted, and drought conditions are spreading into those northern counties.”
Wheat struggling amid drought
Bell said producers used the Panhandle’s broad planting window – late-August and early September for grazing and up to early December for grain production – to get acres in. But many acres had to be “dusted in,” or drilled into dry soil, with the expectation that it would rain or snow. At this point, producers are pulling cattle from fields that have run out of forage. The move by cattle producers is earlier than usual and indicative of poor crop conditions.
Bell said the rest of the growing season will depend on timely rains.
“Even though conditions are poor, wheat is resilient, and if we do pick up rains, it will bounce back. Even though we will be too late for winter grazing, we still have an opportunity for spring silage or hay and grain production,” she said. “Wheat is an increasingly important silage crop in the region because of the expanding dairy herds.”
Poor production as a silage crop could force dairy producers to reevaluate their forage rations and look to incorporate other crops, Bell said. Silage is an expensive crop to transport because it is a wet forage, and water weight adds to freight costs.
However, grain production may be the preferred end-game option for wheat producers because prices improved significantly over recent years, she said. The next few weeks will be critical for grain yield potential.
Bell said stands are normally transitioning from vegetative development to reproductive development in late February to early March, and continued drought could translate into fewer seeds per head and below-average yields.
“Producers with irrigation are making decisions about inputs (irrigation and fertilization) as well as deciding to harvest for grain or silage or graze out this year’s crop,” she said. “Current grain prices are favorable so many irrigated producers are leaning to grain production. But dryland producers are at the mercy of Mother Nature.”
Local