Not so ready from day one to deal with China 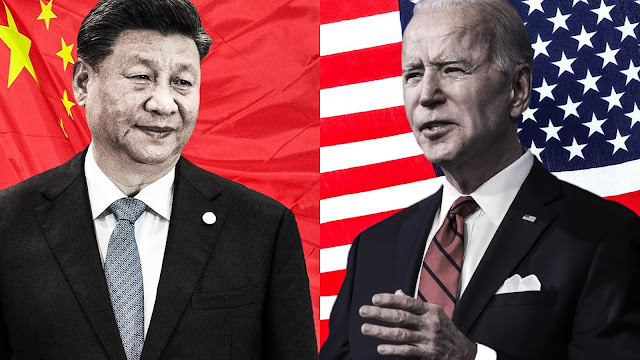 You may recall Joe Biden telling us, over and over again during the 2020 campaign, that he and the team around him were “ready from Day One.” And when introducing his foreign-policy team in November, Biden said, “it’s a team that reflects the fact that America is back, ready to lead the world, not retreat from it. Once again sit at the head of the table. Ready to confront our adversaries and not reject our allies. Ready to stand up for our values.”
“Ready from Day One” apparently did not mean “ready to counter China.” They’re going to have to study the problem for a while.
President Biden is expected Wednesday to launch a Pentagon review of the national security aspects of the administration’s China strategy, as part of a broader administration effort to determine its approach to countering Beijing, administration officials said.
A task force will study the military’s footprint in Asia, technology, intelligence, the role of allies and partnerships, and other areas of the strategy, the officials said…
The Pentagon task force will work over the next several months and will be led by Mr. Austin’s top assistant on China, Ely Ratner, a longtime Biden aide and China specialist. The Department of Defense China task force, as it has come to be called, will include more than a dozen civilians and military officers from across the Defense Department, including policy officials and members of the Joint Staff, the officials said. It is expected to give a series of recommendations to Mr. Austin by early summer, one U.S. official said.
Perhaps this task force will come up with the right answers. But this doesn’t match Biden’s campaign-trail rhetoric about being “ready from Day One.”
Bloomberg is reporting that Biden’s first call with Xi Jinping, the general secretary of the Chinese Communist Party, could take place as soon as this evening. That conversation would follow Antony Blinken’s call with Yang Jiechi, the Chinese party-state’s highest-ranking foreign-affairs official, on Friday.
If Blinken’s conversation with Yang is any indication, the Biden-Xi call can be expected to be frosty; the State Department said that the secretary of state “stressed the United States will continue to stand up for human rights and democratic values, including in Xinjiang, Tibet, and Hong Kong,” in addition to emphasizing Chinese accountability for its actions with regard to regional stability, Taiwan, and international order.
Still, Blinken and Biden both have stated a desire to work with Beijing on certain issues where they say that the U.S. and China share common interests, such as climate change. It’s unlikely that Biden will use his first call with the CCP chief to propose such cooperation. Instead, he’s likely to convey a message as adversarial as Blinken’s.
Whether it’s wise to hold such a call at all is another question. As Blinken and Biden have both acknowledged, the Chinese regime is perpetrating crimes against humanity and genocide against the Uyghurs and other Turkic peoples in Xinjiang. And there are other leaders with whom the president should speak before Xi — although he held a call with Benjamin Netanyahu during the transition, Biden, as far as we’re aware, has yet to speak with the Israeli prime minister from the White House.
What will Biden say to Xi? What does one tell an international criminal carrying out mass atrocities?
Opinion