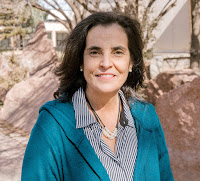 A new chapter in the care of animals in the Amarillo community is beginning as Victoria Medley has been named director of Amarillo Animal Management &Welfare (AAMW). Medley was officially introduced in her new position to Amarillo City Council today (February 9.) She succeeds interim director Rob Sherwin.
Medley has been serving as a management advisor for AAMW since August. She has taken the lead in several improvement initiatives for AAMW. She has been with the City of Amarillo for 19 years as the director of court services.
“Victoria has proved that she is extremely qualified to serve as the next permanent director of AAMW,” said Sherwin. “I have worked closely with Victoria these past few months, and I have been impressed with her leadership and how she plans to move AAMW forward. AAMW is definitely on the right track under her guidance and leadership.”
During her time as AAMW management advisor, Medley has implemented a new on-line reporting system and updated AAMW field officer training. She has implemented managed intake for the public and aided in renovating the AAMW front office area and the upgrading of the AAMW phone system. She holds a Master of Public Administration degree from Northern Arizona University.
“I recognize that all departments are driven by the same goal - to provide our community the best possible services,” Medley said. “How we manage the safety of our community while insuring the welfare of animals speaks to who we are. Being a part of a growing, modernized department is at the core of what I believe as a public servant. I want to take the experience, knowledge and training that I have and apply these attributes to a department that provides one of the most valuable and needed services in our city.”
Local