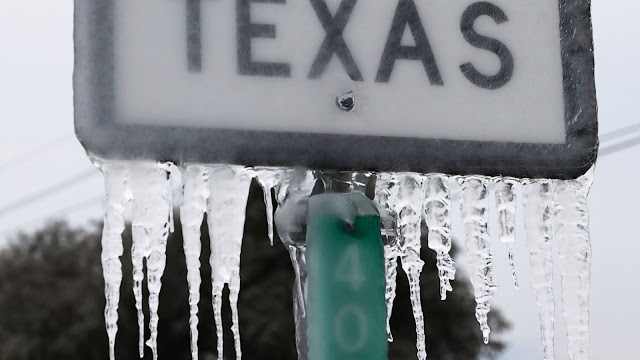 A Texas man rescued nearly 500 people stranded on icy roads amid the extreme winter weather that has hit the state.
Ryan Sivley of Austin, Texas, rescued 98 drivers on Monday and roughly 400 others since then during the winter blast, according to The Washington Post.
Sivley’s first rescue was on Feb. 14, when he saw a several vehicles stuck on the side of the road while he was going to a store to stock up on supplies.
Sivley told the Post that he happened to have heavy-duty equipment on him and decided to help. He hooked each vehicle to his truck and then pulled it until the driver could safely take the wheel.
“I went from helping one person, to three people, to five people,” Sivley told the newspaper. “At 434 cars, I stopped counting. So many people are still stranded.”
Since then, Sively has also driven health care workers to and from work and relocated people who didn’t have any water. He told the Post that he gets well over 300 text messages per day from people.
When asked why he’s helping stranded Texans, Sivley told told KVUE in Austin he would hope others would do the same for him.
“I've seen wreckers turning people away because they won't pull them out due to liability. What? You need to stay in your car and just freeze to death?” Sivley told the news outlet. “If I was in that spot I would beg and hope that somebody would help me. So that's what I'm doing.”
Sivley told the news outlet that he was in a near-fatal accident in March last year. He shattered his pelvic bone. He said he can’t lift more than 20 pounds on his left arm and can’t walk for more than two hours a day.
“So, I can drive a truck – it's pretty simple,” he told KVUE. “And I've been picking up anyone I can who wants to sit in my truck and help me hook cars up.”
Texas this week has been hit hard by severe weather, causing widespread blackouts and water shortages. President Biden approved a disaster declaration for the Lone Star State on Saturday, allowing the state more access to federal resources.
Texas