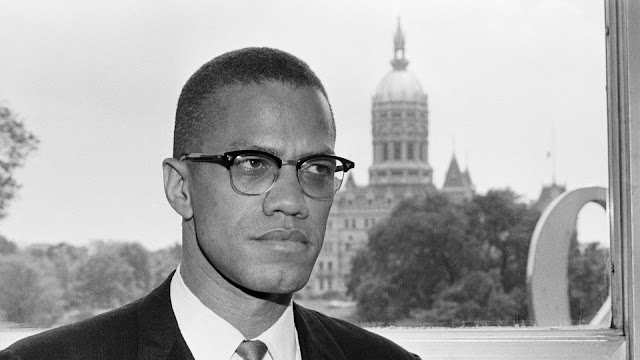 Days before the anniversary of the assassination of Malcolm X, his family is calling to reopen the investigation after a former police officer implicated the NYPD and FBI in a deathbed letter.
Raymond Wood, a former NYPD officer, left the letter in the custody of his cousin, Reginald Wood Jr., to be shared after his death.
“Any evidence that provides greater insight into the truth behind that terrible tragedy should be thoroughly investigated,” Ilyasah Shabazz, one of Malcolm's daughters, said during a press conference.
A British novelist shared the letter on Twitter on the anniversary of the assassination. In it, Wood says he witnessed "repeated brutality at the hands of my coworkers'' while undercover with the NYPD and was threatened with marijuana and alcohol trafficking charges when he tried to resign.
"I participated in actions that in hindsight were deplorable and detrimental to the advancement of my own black people. My actions on behalf of the New York City Police Department (BOSSI) were done under duress and fear that if I did not follow the orders of my handlers I could face detrimental consequences," he wrote in the letter dated Jan. 25, 2011, with a signature attesting to "sound mind and body."
The letter presents an alternate version of the events leading to the killing of Malcolm X: On Feb. 16, NYPD allegedly collaborated with the FBI to entrap two of Malcolm's security guards in a plot to bomb the Statue of Liberty. Wood, who said he was not aware Malcolm was the target, said he was there at the Audubon Ballroom and vouched for Thomas Johnson's innocence. After Johnson, also known as Khalil Islam, died in 2009, Wood said he feared his own death would keep this story from coming to light.
“I was told to encourage leaders and members of the civil rights groups to commit felonious acts," he wrote.
Last February, the documentary "Who Killed Malcolm X?" questioned the generally accepted story of the civil rights activist's assassination, pointing the finger at the Nation of Islam. Evidence uncovered by Abdur-Rahman Muhammad, the historian and tour guide whose work inspired the documentary, prompted the Manhattan district attorney’s office to review the case.
"Several months ago, the Manhattan district attorney initiated a review of the investigation and prosecution that resulted in two convictions for the murder of Malcolm X. The NYPD has provided all available records relevant to that case to the district attorney. The department remains committed to assist with that review in any way,” said the NYPD in a statement.
The FBI has not publicly commented on the case.
"So, what we're trying to do is talk about restorative justice is as lawyers -- try to pursue relentless justice," the family's attorney Ray Hamlin told KABC-TV. "On behalf of the legacy of Malcolm X, Dr. Betty Shabazz, on behalf of his family, his lineage who is here."
National