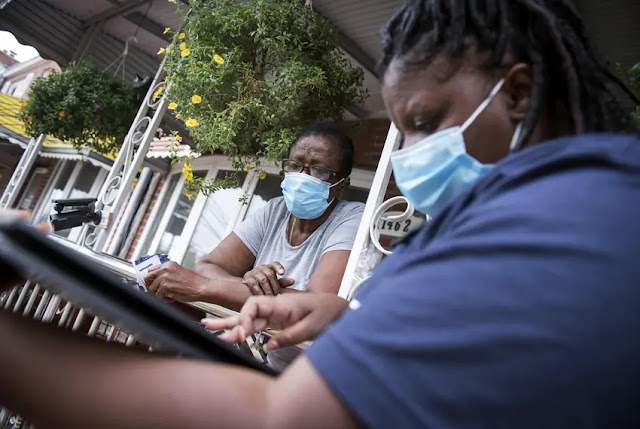 By Alexa Ura
Texas lawmakers will almost certainly be back for a rare special legislative session in the fall now that the U.S. Census Bureau has set a September deadline for releasing the 2020 census results.
Facing significant holdups in finalizing the decennial count, the bureau announced Friday that the detailed population numbers needed to redraw legislative and congressional districts to reflect the state's growth in the last decade will be delivered by Sept. 30, a monthslong delay that could upend the next set of elections for seats from Congress down to local offices.
The bureau’s original plan was to get the data in lawmakers' hands as soon as this month, giving them time to rejigger district boundaries and decipher Texans’ representation during the regular 2021 legislative session. But the census’ typical timeline was repeatedly upended by the coronavirus pandemic and interference from the Trump administration.
“If this were a typical decade, we would be on the verge of delivering the first round of redistricting data from the 2020 Census,” James Whitehorne, chief of the bureau’s redistricting and voting rights data office, said in a statement. “Our original plan was to deliver the data in state groupings starting Feb. 18, 2021 and finishing by March 31, 2021. However, COVID-19 delayed census operations significantly.”
Instead, the bureau is still working to release the population numbers that determine how many congressional seats are apportioned to each state by April 30 — blowing past the legal deadline for those numbers by many months. Census officials previously indicated the second set of more detailed numbers needed for redistricting wouldn’t be available until after July.
The current timetable puts the data delivery far past the end of the 2021 legislative session on May 31, meaning Gov. Greg Abbott would need to call lawmakers back for legislative overtime in the fall.
Congressional and state House and Senate districts need to be reconfigured before the 2022 elections to account for the state’s explosive growth in the last 10 years.
Estimates show Texas has grown by more than 4.2 million residents since 2010, which could garner it up to three additional congressional seats that will need to be added to the state’s map. Because the state’s growth has been concentrated in the urban centers and suburban communities, the populations of existing districts are significantly uneven.
The census delays have taken the steam out of the ongoing legislative session during which the politically fraught redistricting process was expected to dominate lawmakers’ agendas, along with the state budget and the state’s response to the pandemic. Still, the state is expected to end up back in court over its eventual mapmaking — potentially beginning with fights over whether the Legislature is constitutionally allowed to redraw state legislative political maps after a regular session and extending into lawmakers’ treatment of voters of color.
Decade after decade, the state has faced allegations — and subsequent federal court rulings — that lawmakers discriminated against those voters, intentionally working to dilute the power of their votes, in drawing up political maps.
That sort of legal wrangling pushed the 2012 primary elections back by more than two months even without any census-related delays at the time. Under the state’s current schedule, the filing deadline for candidates hoping to be on the 2021 primary ballot is Dec. 13.
This article originally appeared at the Texas Tribune.
Texas