Impeachment: The Senate is the court of first and only instance 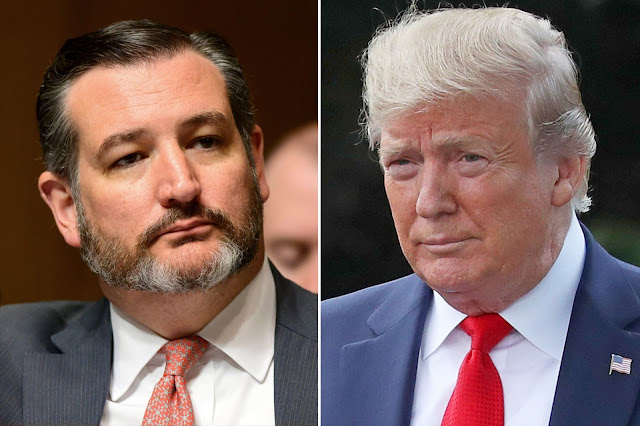 Senator Ted Cruz thinks that late impeachment trials are constitutional but that the Senate’s jurisdiction to hold them is discretionary, not mandatory. That is, the Senate doesn’t have to hold a trial, just as (in Cruz’s example) the Supreme Court doesn’t have to hear an appeal.
Cruz’s comparison is not very persuasive. The Supreme Court is a court of appeal. If it declines to hear an appeal, there has nonetheless been a judgment of some kind by a lower court — it’s not as if the entire process of judicature had been just discretionarily cast aside. When it comes to impeachments, however, the Senate is the court of first and only instance. If it simply declines to render judgment, judgment is simply not rendered, and the people’s accusation via the House against an impeached official gets no resolution.
One could perhaps defend Cruz’s view by noting that a court of first instance may dismiss a charge without trial for various reasons, such as that the evidence is insufficient to warrant one or that the alleged conduct does not constitute a crime. Something like that is presumably what Cruz had in mind when he wrote that, “on the merits, President Trump’s conduct does not come close to meeting the legal standard for incitement — the only charge brought against him.” But I don’t think this would be an adequate support for Cruz’s thinking.
To start, such a dismissal would not reflect a discretionary decision against exercising jurisdiction; rather it would be an exercise of jurisdiction, albeit one that did not involve holding a trial. And the dismissal would happen according to some well-established standard concerning the required evidentiary threshold or the definition of the crime. What Cruz advocates, by contrast, need not be anchored in any standard other than whatever the preference of a majority of senators happens to be. The Senate is presumably free so to proceed, since, as Cruz observes, nothing in the Constitution expressly requires it to hold a trial. But we should not pretend that such an outcome would be consistent with Federalist 65, in which Alexander Hamilton puts great emphasis on the importance of the Senate’s impartially trying impeachments by seeking real demonstrations of innocence or guilt and gives no hint of having contemplated that the Senate would choose not to do so if called upon. And setting Hamilton aside, I think it is not good practice for the Senate to leave a matter of intense public controversy festering rather than resolve it by means of the Constitution’s expressly prescribed means.
Moreover, the apparent reason Cruz offers for thinking the Senate should have dismissed Trump’s impeachment — to repeat, that “President Trump’s conduct does not come close to meeting the legal standard for incitement” — is beside the point if one reads “incitement of insurrection” in a common-language rather than a technical legal sense, which one is free to do since an impeachment is not a criminal proceeding. (“Common language” does not, incidentally, mean “colloquial,” a term I’ve seen in some commentary on the alternative ways of taking “incitement of insurrection.” “Colloquial” suggests an informal or nonstandard expression typical of speech rather than of writing — “ain’t” is a colloquialism. The sense in which Trump may be said to have incited insurrection is, by contrast, perfectly standard, as anyone who cares to consult a dictionary may discover for himself.)
In that connection, it’s worth dwelling a bit on the article of impeachment’s main description of Trump’s inciting conduct:
On January 6, 2021, pursuant to the 12th Amendment to the Constitution of the United States, the Vice President of the United States, the House of Representatives, and the Senate met at the United States Capitol for a Joint Session of Congress to count the votes of the Electoral College. In the months preceding the Joint Session, President Trump repeatedly issued false statements asserting that the Presidential election results were the product of widespread fraud and should not be accepted by the American people or certified by State or Federal officials. Shortly before the Joint Session commenced, President Trump, addressed a crowd at the Ellipse in Washington, DC. There, he reiterated false claims that “we won this election, and we won it by a landslide”. He also willfully made statements that, in context, encouraged — and foreseeably resulted in — lawless action at the Capitol, such as: “if you don’t fight like hell you’re not going to have a country anymore”. Thus incited by President Trump, members of the crowd he had addressed, in an attempt to, among other objectives, interfere with the Joint Session’s solemn constitutional duty to certify the results of the 2020 Presidential election, unlawfully breached and vandalized the Capitol, injured and killed law enforcement personnel, menaced Members of Congress, the Vice President, and Congressional personnel, and engaged in other violent, deadly, destructive, and seditious acts.
The first quoted sentence describes Trump’s conduct on January 6. But the second describes his whole post-election pattern of trying to get people to believe the false proposition that the presidential election had been so fraudulent as to be illegitimate. When the description returns to January 6, it has Trump “reiterat[ing]” his prior claims. “Thus incited,” later in the paragraph, may be taken, by way of the paragraph’s entire preceding description, to refer to Trump’s entire post-election course of conduct — a course that culminated in Trump’s speech on January 6 but was not limited to it. Restricting the alleged incitement of insurrection to Trump’s remarks on January 6 is like thinking that one makes a fire only by striking a particular match, with the process of carefully gathering and arranging the kindling some unconnected deed.
Opinion