Democrats in standoff over $15 minimum wage 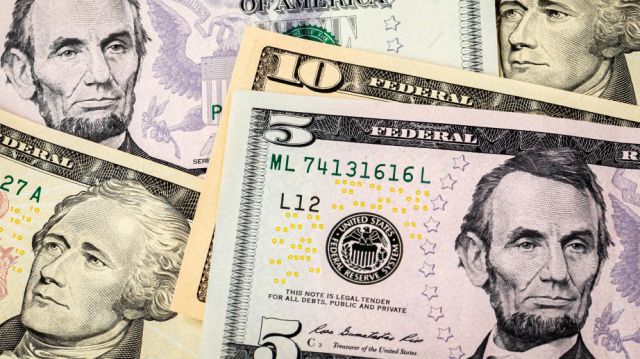 Congressional Democrats are digging in for a fight over raising the minimum wage to $15 per hour as part of a $1.9 trillion coronavirus bill they want to pass in a matter of weeks.
The fight could escalate as soon as Wednesday, the earliest the Senate parliamentarian is expected to make a determination on whether the proposal can be included in the relief legislation under special budgetary rules planned for the package.
If it’s allowed, it would be a big win for Democrats, but one that would only tee up a larger battle within the party about how much to increase the minimum wage and how to structure it. With thin margins in both chambers, Democrats can’t afford to alienate either progressives or moderates.
“Even if it can be included, then the question is, are Democrats uniformly supportive?” said Sen. Tim Kaine (D-Va.), adding that while he was supportive, “there are some other Democrats who’ve raised some concerns.”
Neither side is showing sides of caving, setting up a high-stakes game of chicken that could imperil more help for schools, states, small businesses and American families.
The House is expected by Friday to vote on its $1.9 trillion package, modeled after President Biden’s proposal. It includes a $15 per hour minimum wage, which would be phased in by 2025.
It’s a level that has powerful supporters including Biden himself, House progressives and Senate Budget Committee Chairman Bernie Sanders (I-Vt.), who said that he wants to ensure the wage increase gets passed in its current form by the Senate as soon as next week.
“Fifteen dollars an hour is not a radical idea, a number of states have moved in that direction, over 60 percent of the American people think that’s where we should go and that’s what I want to do,” Sanders said when asked about talk of a smaller increase.
Supporters of the $15 minimum wage point to broad backing among congressional Democrats, arguing leaders should bend any Democratic senators unwilling to go along to the will of the party.
In the 50-50 Senate, if all Republicans vote against the wage hike, Democrats can’t afford any defections.
Supporters also point to Florida, which was a stronghold for former President Trump. Voters in the state passed a ballot measure last year to increase the minimum wage to $15 per hour.
“The party is ALREADY behind raising the minimum wage to $15. So are the American people! Even Republicans agree — just look at Florida passing $15 with a supermajority while voting for Trump. And beyond the robust support, it’s just good policy,” Rep. Pramila Jayapal (D-Wash.), the chairwoman of the Congressional Progressive Caucus, tweeted on Tuesday.
Similar to a budget resolution that teed up the COVID-19 bill, the Senate will need to hold a vote-a-rama before it passes the COVID-19 bill.
That allows any senator to offer potential changes to the bill, with many only needing a simple majority to be successful, something that gives extra power to moderates like Sen. Joe Manchin (D-W.Va.), who opposes the Sanders wage hike.
Manchin said if the minimum wage hike is allowed to be in the bill, he wants to change the increase from $15 an hour to $11 per hour.
“If it’s germane, at a 51-vote threshold, $11 basically works. ... We could do $11 in two years and be in a better position than they’re going to be in five years with $15,” Manchin said.
Manchin appeared skeptical that there wouldn’t be enough support for the $11 minimum wage but declined to say how he would vote on the overall package if it’s rejected.
Manchin isn’t the only Democratic senator with concerns about increasing the minimum wage to $15 per hour, but he’s been the most vocal. Sen. Kyrsten Sinema (D-Ariz.) has also come out against the idea, and even beyond the amount of the increase Democrats are privately discussing how to handle tipped wages or potential tax relief to small businesses.
A stand-alone bill from Sanders has the support of 37 additional Democratic senators — 12 votes short of the simple majority needed to pass the coronavirus bill.
The looming standoff comes as senators are still waiting to hear from Elizabeth MacDonough, the Senate parliamentarian, about if a minimum wage increase complies with the Byrd Rule, an arcane procedure that determines what can and cannot be passed through reconciliation. Democrats are using the budget process to pass coronavirus relief so they can bypass the 60-vote legislative filibuster.
Sanders and his staff have been making pitches to MacDonough about why they think it complies and should be included.
But others including Biden, House Budget Committee Chairman John Yarmuth (D-Ky.) and Democratic senators have appeared skeptical.
“I put it in, but I don't think it's going to survive,” Biden told CBS News earlier this month, citing Senate rules on reconciliation.
That’s left some Democratic senators sidestepping the fight over increasing the minimum wage to $15 per hour until it becomes a live issue — once the parliamentarian does, or does not, sign off on including it.
Senate Majority Leader Charles Schumer (D-N.Y.) declined to say if he would support a minimum wage increase of less than $15 per hour.
“Look, the first step is to go before reconciliation, before the parliamentarian. ... We’re going to await our judgment before we go any further,” Schumer told reporters.
Sen. Jon Tester (D-Mont.), who isn’t a co-sponsor of Sanders’s bill, questioned the value of weighing in until it at least overcomes that procedural hurdle.
“I don’t know that it’s going to be in there, but once it’s in there then we’ll talk about it,” he said. “But until it gets in there, I don’t think there’s any reason to waste any energy on it.”
National