City of Lubbock employee charged with possession of child pornography 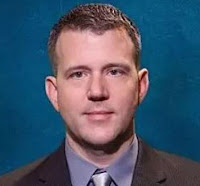 A City of Lubbock employee has been indicted by a federal grand jury on charges of possession of child pornography involving a prepubescent minor, according to federal court documents.
The indictment says on or about September 29, 2020, Justin David Musgraves knowingly possessed material which contained an image of child pornography, that involved a prepubescent minor who was not yet 12 years of age.
In August 2020, Musgraves was appointed Deputy Director of Emergency Management.
Prior to that, he was with Lubbock Fire Rescue for six years, and previously the Texas Forest Service for five years. In the news release from the City of Lubbock sent in August 2020, it says Musgraves was actively involved with the South Plains Incident Management Team, as well as the Lone Star State Incident Management Team.
City of Lubbock officials released a statement this morning saying, "The City of Lubbock is aware of the indictment against Justin David Musgraves. The City has fully cooperated with law enforcement and the investigation and will continue to do so."
Local