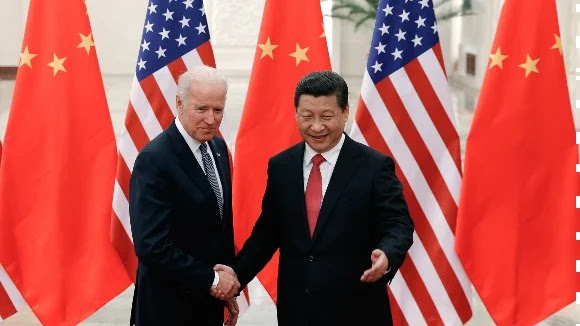 China's commerce minister on Wednesday called for "cooperation" and a "joint effort" with the U.S. on trade while speaking at a news conference, a sign that Beijing could be looking for a reset of relations under the Biden administration.
The Associated Press reported that Wang Wentao appealed to U.S. leaders that "cooperation is the only correct choice" during his remarks to reporters.
"Joint efforts" are necessary to “push bilateral economic and trade relations back to the track of cooperation," he reportedly added.
Wentao's remarks come as President Biden has yet to roll back Trump administration policies towards China, including tariffs that resulted in many reciprocal measures being implemented by China's government.
In an interview earlier this month, Biden hinted that "competition" would be a major theme of the U.S-China relationship under his administration.
"I've said to [China's President Xi Jinping] all along, that we need not have a conflict," Biden told CBS News.
"But there's gonna be extreme competition. And I'm not going to do it the way that he knows," the president continued.
The Trump administration and Beijing discussed the potential of a major trade agreement for months last year but ultimately failed to reach an agreement before the former president left office in January.
The issue remains a hot topic for the Republican Party, which has sought to cast Biden as weak in the face of Chinese competition as compared to Trump.
World