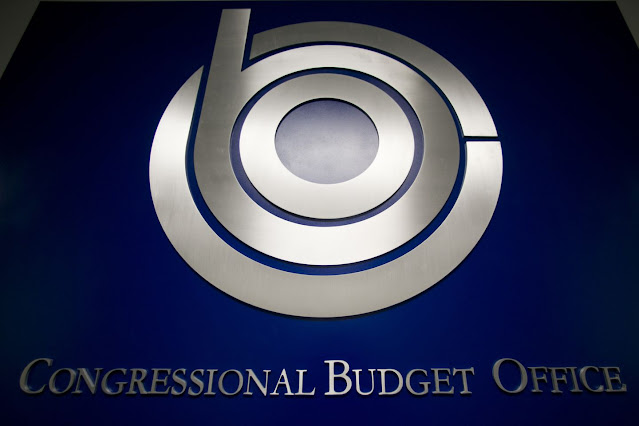 Deficits are projected to average $1.2 trillion over the next decade, exceeding $1 trillion in all but two years, according to new projections from the Congressional Budget Office.
Until last year, the deficit only exceeded $1 trillion in the four-year period following the Great Recession.
"At 10.3 percent of gross domestic product (GDP), the deficit in 2021 would be the second largest since 1945, exceeded only by the 14.9 percent shortfall recorded last year," the report said.
According to the projections, deficits would dip below $1 trillion in 2023 and 2024, at $963 billion and $905 billion, respectively, as emergency COVID measures peter out and the economy rebounds, but then start growing dramatically again, reaching $1.9 trillion by 2031.
By that year, the accumulated debt will reach $35.3 trillion, 107 percent of GDP, larger than its peak in 1945. It exceeded 100 percent of GDP for the first time since World War II last year.
The report is sure to fuel the debate around President Biden's proposed $1.9 trillion COVID-19 relief bill.
Republicans have argued that the proposal is too big and should be more narrowly targeted. The CBO projections included December's $900 billion relief bill, but not the larger proposal currently being debated in Congress.
Deficits soared in recent years, coming in just shy of $1 trillion in 2019. The COVID-19 pandemic and the emergency response pushed the deficit to a record-shattering $3.1 trillion in 2020, over double its 2012 record.
Democrats argue that the debt situation would be worse if the government doesn't spend massive amounts on stimulus, unemployment insurance and other priorities to boost the economy and ensure a strong recovery.
The deficit projections were $345 billion lower through 2030 than in CBO's September projections, in part because economic projections improved.
This year, the deficit is on track to reach $2.3 trillion, but that figure is expected to rise if Congress approves a $1.9 trillion COVID-19 relief bill and takes further action on a roughly $2 trillion infrastructure plan later in the year, as President Biden has proposed.
Biden has also proposed tax increases on the wealthy and companies to cover some of the costs. The CBO report found that revenues are already projected to grow as a percentage of GDP over the decade, but part of that has to do with tax cuts expiring, an eventuality Congress is likely to change.
The projections show that spending on mandatory programs remains among the biggest concerns on the spending side. Social Security spending is expected to rise about 80 percent by 2031, as are health programs including Medicare and Medicaid.
Discretionary spending, which covers defense, education, non-mandatory health programs, foreign policy, transportation and other domestic priorities, are on a much more constrained trajectory.
Total outlays are only expected to rise some 15 percent by 2031.
National